Its goal is to phase out investments in coal companies and increase its use of renewable energy by 2040. 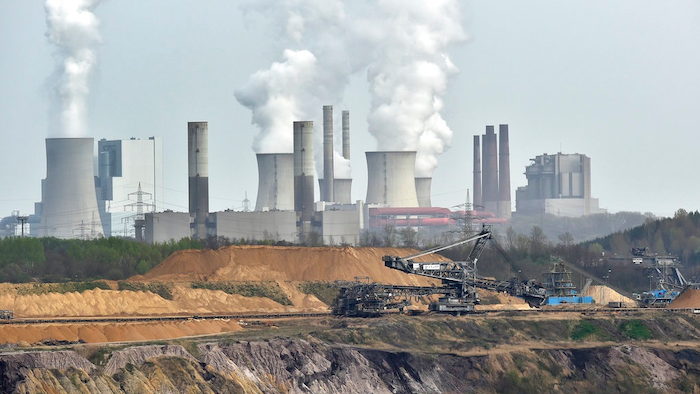 In this April 3, 2014 file photo giant machines dig for brown coal at the open-cast mining Garzweiler in front of a power plant near the city of Grevenbroich in western Germany. Allianz says it will stop insuring coal-fired power plants and coal mines as part of its contribution to combating climate change.
AP Photo/Martin Meissner, File

BERLIN (AP) — Allianz says it will stop insuring coal-fired power plants and coal mines as part of its contribution to combating climate change.

Europe's biggest insurer says it's also set itself a goal of phasing out investments in coal companies and increasing its use of renewable energy by 2040.

Munich-based Allianz said Friday it wants to make the 2015 Paris climate accord's goal of keeping global warming below 2 degrees Celsius a target in all of its business activities.

The company, which manages investments totaling some 2 trillion euros ($2.4 trillion), pledged three years ago to stop investing in companies whose coal activities make up over 30 percent of their revenue.

The burning of coal for electricity and heat is a major source of carbon emissions that contribute to the greenhouse effect.

Driverless Cars to Bring $81B in Insurance Premiums