The latest announcement hits the heart of coal country, and is due to a settlement with environmentalists who sued over alleged air pollution violations. 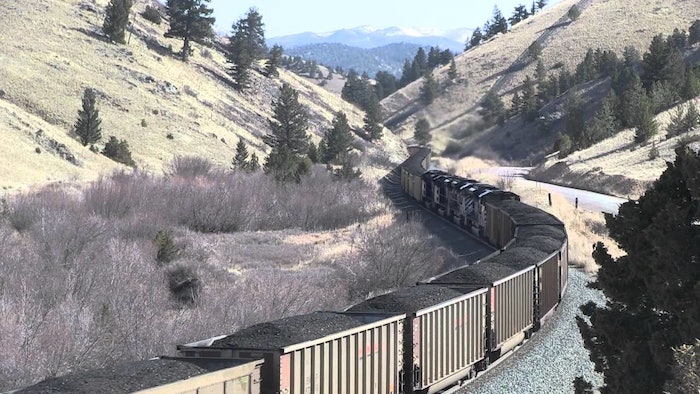 BILLINGS, Mont. (AP) — A large Montana coal plant serving utility customers across the Pacific Northwest has agreed to shut down two of its four units by 2022 under a settlement announced Tuesday with environmentalists who sued over alleged air pollution violations.

Terms of the partial shutdown of the 2,100-megawatt Colstrip plant were contained in a consent decree to be filed in U.S. District Court in Montana, according to co-owner Puget Sound Energy.

The move follows a wave of coal plant closures that have transformed the utility industry in the United States, as cheaper, cleaner-burning natural gas replaces coal as the dominant fuel source for electricity generation.

The latest announcement comes in the heart of coal country and is likely to reverberate through the election season, as Republicans seek to topple Montana's Democratic governor, Steve Bullock. The state holds almost one-third of the nation's known coal resources.

The portions of the plant slated to close under Tuesday's agreement — units 1 and 2 — opened in the 1970s. Their presence transformed a sparsely populated agricultural area of southeastern Montana into the bustling industrial town of Colstrip.

Puget Sound Energy of Bellevue, Washington said low natural gas prices have made the plant less economic, and without the settlement Colstrip could have been forced to purchase costly pollution controls.

It's uncertain how many of Colstrip's 360 workers could lose their jobs, but PSE President Kimberly Harris indicated in a statement that Colstrip Units 3 and 4 will continue to operate well into the future.

"We know this will be a time of transition in Colstrip. We have been a part of the community for four decades and we will continue to be there for many years to come," she said.

Combined, the two units slated to close generate about 600 megawatts of electricity.

A megawatt can power roughly 1,000 homes, but many of Colstrip's customers are industrial or commercial.

The Sierra Club and Montana Environmental Center sued the plant's six co-owners in 2013, saying upgrades meant to prolong the life of the plant were made without proper permits.