He said that while cases of unethical conduct can happen anywhere, "we definitely had too many of them."

Associated Press
Herbert Diess, center , CEO of the Volkswagen stock company, and the members of the Board of Management of Volkswagen, Hiltrud Dorothea Werner, 2nd right, and Frank Witter, 2nd left, Oliver Blume, left, CEO of Porsche AG, and Rupert Stadler, right, CEO of Audi AG, pose for the media prior to the shareholder's meeting in Berlin, Germany, Thursday, May 3, 2018.
AP Photo/Michael Sohn

Diess said Thursday at the shareholder meeting that company's six divisions would make their own decisions and without always getting approval from the top.

He said that while cases of unethical conduct can happen anywhere, "we definitely had too many of them." He said achieving a stronger ethics culture was a core business goal, "just as are vehicle development and marketing."

Diess was addressing his first shareholder meeting since taking over as CEO from Matthias Mueller on April 12. He praised Mueller's contributions to moving the company past the scandal and said he took over with the company in "robust condition."

Despite heavy outlays for fines and penalties, the company has 24 billion euros in net cash and achieved record sales of 10.74 million vehicles last year. "Two years ago, no one would have believed it, perhaps even we would not have," Diess said.

The U.S. Environmental Protection Agency found in 2015 that Volkswagen manipulated software so that diesel emissions controls worked only when cars were on test stands. Otherwise they continued to emit harmful nitrogen oxide in excess of legal limits. The company also was widely criticized for conducting experiments in which monkeys were exposed to diesel fumes in an unsuccessful attempt to prove the diesel technology was safe.

Board Chairman Hans Dieter Poetsch condemned the monkey experiments in his speech. He said they were under investigation and "in no way comprehensible."

He told the shareholder meeting that the company still faces several legal issues from the diesel scandal and that the company "cannot draw the line under it" yet. Those include a shareholder lawsuit before a court in the German town of Braunschweig that alleges company officials were too slow in disclosing the scandal, depriving investors of information they needed to make decisions about their holdings.

Prosecutors are also conducting criminal investigations. In the U.S., Volkswagen pleaded guilty to criminal violations and two executives have been sentenced to prison there. Other executives face criminal charges in the U.S. but cannot be extradited under German law. 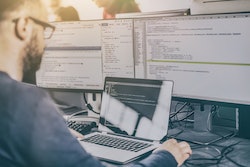 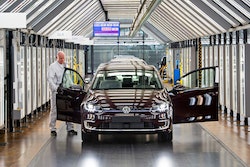