Their job landed them in a Chinese prison for two years.

Lynne O'Donnell
Investigator Peter Humphrey poses for portraits at his home near Redhill, England, Tuesday, March 7, 2017. When investigators Peter Humphrey and Yu Yingzeng were hired by pharmaceutical company GlaxoSmithKline in 2013, their job was to look into a former employee in China who, they were told, was making false allegations about GSK. The employee, it turns out, was a whistleblower who had revealed a GSK practice of bribes in China.
AP Photo/Matt Dunham

LONDON (AP) — When investigators Peter Humphrey and Yu Yingzeng were hired by pharmaceutical company GlaxoSmithKline in 2013, their job was to look into a former employee in China who, they were told, was making false allegations about the firm.

The person, it turns out, was a whistleblower who had revealed GSK's practice of bribes in China. And when Chinese authorities cracked down on GSK, they also swept up the husband-and-wife team of investigators, imprisoning them for two years for "illegally acquiring citizens' information."

Humphrey and Yu, back in Britain with health problems and in financial ruin, are now suing GSK for allegedly misleading them on what the job was about and exposing them to legal risks in China they could not have foreseen. GSK says there's no merit to the claim.

The case sheds a light on how a small business became collateral damage in the fight between one of the world's biggest pharma companies and Chinese state power.

"Peter was directly misled about what he was being hired to do," says John Zach, the New York-based lawyer for Humphrey, 60, and Yu, 63. They are seeking unspecified damages from GSK, with Zach filing the latest response in the litigation this month.

The Chinese government's investigation into GSK ended in 2014 with the company paying $490 million, China's biggest ever corporate penalty, for bribing doctors and hospitals to promote its products.

The authorities also went after Humphrey and Yu, who were not covered by GSK's legal defense and ultimately imprisoned for allegedly spying on a Chinese citizen.

The couple was paraded on Chinese television purportedly confessing their crimes. Jailed separately, they endured conditions that allegedly left them with serious health problems, including, in Humphrey's case, prostate cancer he says went untreated during his incarceration.

"They knew I had a prostate problem but refused to investigate and treat it whenever I asked, telling me I must first sign a confession of crimes I hadn't committed," Humphrey said. He also developed a hernia, chronic arthritis and osteoporosis, aggravated by the lack of sunlight, fresh air, exercise and decent nutrition. Yu developed kidney disease.

Chinese authorities have denied accusations that the two were mistreated.

The couple were released in mid-2015 and deported to Britain. Humphrey was banned from China for 10 years; U.S. citizen Yu is unlikely to be granted a visa to return. In China, their company, which had 15 employees, went bankrupt, their property was seized, and bank accounts cancelled.

The lawsuit against GSK was lodged in November in Pennsylvania, where GSK's U.S. operations are based.

GSK has asked the Pennsylvania court to dismiss Humphrey and Yu's writ. In documents seen by AP, the company says there is no U.S. jurisdiction, as the couple's company was hired in Shanghai by GSK's China operation. They should take their claim back to China for arbitration, it says.

"We do not believe this case has any merit," GSK said in a statement.

However it ends up, the case illustrates some of the legal risks small businesses can run into when deal with developing economies like China, as well as the difficulty of taking on a multinational with deep pockets. The lawsuit is not a big financial threat for GSK.

"They can ride out the scandals as the cost of doing business, and those who get caught up on the periphery are collateral damage," said Tim Reed, executive director of Health Action International, a non-profit group representing consumer interests in drug policy. 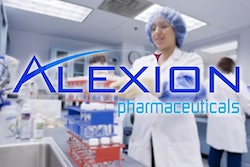 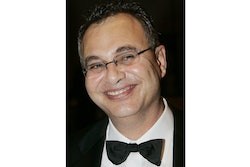 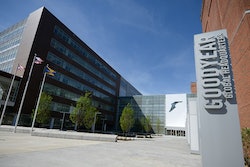