He dodged fraud charges by spending a decade in Africa with a $50 million nest egg. 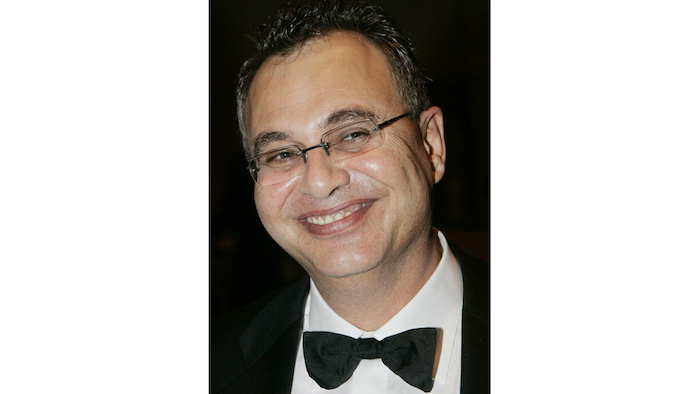 In this Nov. 1 2005 file photo Jacob "Kobi" Alexander, former Chairman and Chief Executive Officer of Comverse Technology Inc., attends a fundraising dinner in New York. Alexander, who dodged securities fraud charges by spending a decade in Africa with a $50 million nest egg, was sentenced Thursday, Feb. 23, 3017, to 30 months in prison by a judge in New York City who blasted him as "foolish" for hatching his scheme and fleeing justice for so long.
AP Photo/David Karp, File

NEW YORK (AP) — A wealthy former CEO who dodged securities fraud charges by spending a decade in Africa with a $50 million nest egg was sentenced Thursday to 30 months in prison by a judge in New York City who blasted him as "foolish" for hatching his scheme and fleeing justice for so long.

The sentence for Jacob "Kobi" Alexander, an Israeli citizen and permanent U.S. resident, was the longest for any U.S. defendant convicted of manipulating stock options, though far less than the maximum 10-year term. Of his two co-defendants, one received time served, and the other one year.

Alexander, 64, is a former Israeli military officer who made his fortune at the helm of Comverse, a once-thriving voicemail software firm with offices in Woodbury, New York.

"I really don't understand how someone as brilliant and accomplished and focused and respected as you, could be so incredibly, abjectly foolish to make some of the decisions you made," U.S. District Judge Nicholas G. Garaufis said in federal court in Brooklyn.

The sentence was meant to send a message to other wealthy defendants that they "cannot buy a new life to escape justice," the judge added.

In a muted voice, Alexander told the judge: "I have nobody to blame but myself for those bad decisions. . I acted without honor."

Alexander vanished in 2006 while his lawyers were negotiating a possible surrender in an investigation for backdating stock options. Court papers alleged that from 1991 through 2005 he exercised options and sold stocks worth about $150 million, making a $138 million profit. Of that, about $6.4 million was generated by backdating options, the papers said.

In addition, the company awarded thousands of stock options to fictional employees and then transferred the awards to a secret slush fund under the name I.M. Fanton, which stood for phantom. The scheme allowed Alexander to award those options to real "favored employees" and to himself without board of directors approval, court papers said.

After Alexander went into hiding, he transferred $50 million to Israel, fueling speculation he may have been hiding there, authorities said. He later turned up in the Republic of Namibia, where he was allowed to freely live with his family while fighting extradition.

Over the years, Alexander bought a home in Namibia and invested in local businesses. There were reports that he flew in hundreds of people for his son's bar mitzvah and took up charitable causes in the capital city of Windhoek.