Tesla will expand manufacturing at its "gigafactory" in Nevada. 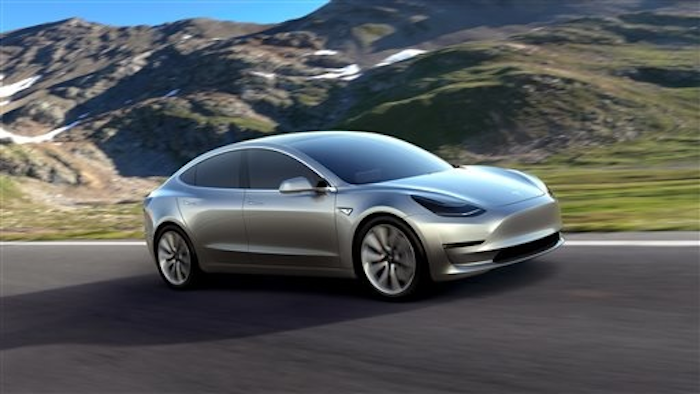 Gov. Brian Sandoval's State of the State address included a new announcement about Tesla Motors' plans to expand its operations in northern Nevada with more than 500 additional jobs.

Sandoval told lawmakers during a joint session in Carson City Tuesday night that Tesla will expand the factory manufacturing lithium-ion batteries to power its electric cars to include the production of electric motors and gearboxes for its next car, the Model 3.

Tesla currently has more than 1,000 full-time employees and 2,000 construction workers on site at the 5 million-square-foot "gigafactory" along U.S. Interstate 80 east of Reno-Sparks.