TAIPEI, Taiwan (AP) — Since Taiwan industrialized in the 1960s, its workers have strived to do whatever their employers asked, including putting in free overtime, out of fear of being replaced.

But many in this manufacturing powerhouse and democratically ruled island off the coast of China would like a better work-life balance to match their society's growing affluence.

Now they're getting a break.

Earlier this month lawmakers approved changes in the Labor Standards Act requiring companies to limit work to 40 hours a week and give full-time workers at least two of every seven days off. Hourly overtime pay will ratchet higher as extra hours accrue.

After 15 years of long hours, Chou Hsun-Rong, a 43-year-old worker at a bonding material factory in suburban Taipei, the capital, will be glad to spend more time with his young children.

"We wanted to contribute to our company, and in return, we want the company to respond in positive ways to our contributions," Chou said. But he added, "When we work overtime, it's true that we are sacrificing our family time, or that we even neglect the fact that we feel unwell."

"So I wish working hours were shorter," he said.

The changes in Taiwan's onerous labor regimen come at a time when, unlike in many western countries, workers here been gaining leverage, with the unemployment rate at under 4 percent and nearly twice as many job openings as there are job seekers, according to the Labor Ministry.

Taiwanese worked 48-hour weeks until 2000, when the standard changed to 84 hours every two weeks, often spread over six days with no overtime pay. That limited many workers to just one day off. The 84-hour scheme was scrapped in January, with workweeks capped at 40 hours that could still be spread over more than five days.

President Tsai Ing-wen promised to push for two-day weekends while campaigning for office. She has pledged to sign the bill before the year's end.

"To go from 48-hour weeks to this new labor law indicates that the voices of workers have been heard," said Huang Chien-tai, secretary of the Taipei City Confederation of Trade Unions.

"We've got to take care of workers and we need to go in that direction," said Luo Huai-jia, spokesman for the Taiwan Electrical and Electronics Manufacturers Association, a group of 3,200 companies representing the backbone of Taiwan's half-trillion-U.S. dollar economy.

"But for labor to want it all, we don't think that's fair," Luo said. "A lot of enterprises are dependent on orders and you have to maintain some flexibility to complete them."

Exports make up about 60 percent of Taiwan's GDP and productivity generally has been the top priority. Factories making appliances and gadgets, machinery and petrochemical products have long relied on flexible, constantly available workers willing to prove their loyalty by putting in long hours.

Foxconn Technology Group, the giant Taiwanese assembler of Apple products, has faced criticism for worker deaths and overwork at its China plants.

"Taiwanese people do work too much, I'd acknowledge that," said Liang Kuo-yuan, chairman of the economic think tank Yuanta-Polaris Research Institute in Taipei. "The owners of businesses need to consider both employer and employee perspectives."

At 2,124 working hours in 2015, Taiwan ranks fourth worldwide in terms of the average number of hours worked, after Mexico, Costa Rica and South Korea. Workers in Hong Kong, Japan and Singapore also often stay on the job 10 or more hours a day, leaving only after their supervisors go home.

"There may be more emphasis in Taiwan now on leisure, but if you don't work, how can you afford that lifestyle?" said Wang Ya-wen, 35, who works for a manufacturing company with fluctuating orders she says the management cannot always control. "If you don't get your work done, it's always on your mind."

But increasingly, Taiwan workers and regulators are showing concern over the risk of karoshi, or death from overwork.

"The reason we need this law is to make sure employees are not tired and overworked," said Wang Chin-jung, a senior Labor Ministry official. "We think employers should adjust their own policies."

Democracy in Taiwan can be messy, and the new labor standards were no exception.

Some groups protested the changes because they involve giving up seven holidays that were declared just this year as an interim measure to allow more time off.

About 3,000 trade union activists rallied outside parliament on Oct. 25 demanding to keep the new holidays. Some tried to break into the legislative compound, clashing with police. In later protests demonstrators lobbed stink bombs. At a Dec. 2 demonstration, protesters doused a lawmaker with water and wrestled him to the ground.

The new holidays had caused confusion since teachers and public servants fell under a different schedule and did not qualify for most of the new holidays.

In the end, lawmakers sided with business, cancelling all but one of the seven and giving private sector and government workers the same number, 21, each year.

Even before the new law was enacted, many companies already were giving their staff two-day weekends.

"To have them take these days off doesn't affect us much," Yeh said. "We're focused on knowhow. If employees have more time to rest then they aren't so tired and are keener, so they're less likely to make mistakes." 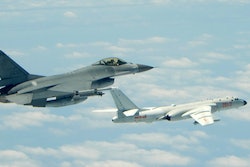 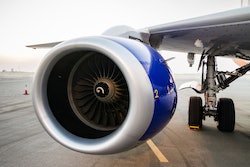 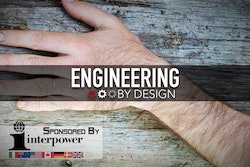