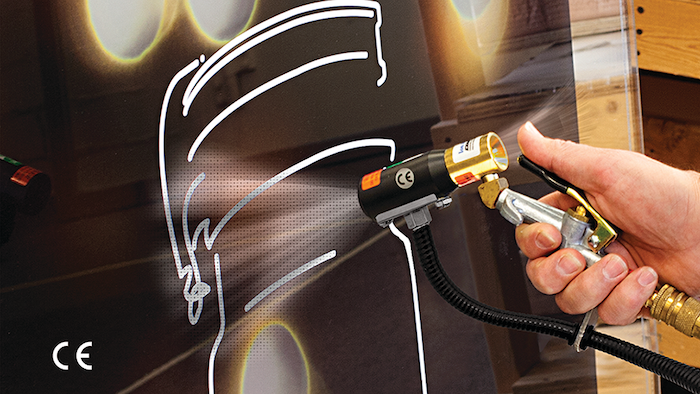 The new Ion Air Gun from EXAIR (Cincinnati, OH) removes static electricity, contaminants and dust from parts prior to labeling, assembly, packaging, painting or finishing. This engineered product has undergone independent laboratory tests to certify it meets the rigorous safety, health and environmental standards of the USA, European Union and Canada that are required to attain the CE and UL marks. It is also RoHS compliant. New design features include a metal armored high voltage cable to protect against abrasion and cuts, a replaceable emitter point, integrated ground connection and electromagnetic shielding. The shockless Ion Air Gun neutralizes static electricity and cleans at distances up to 15 feet (4.6m). Features include:

• A high velocity air jet that uses a small amount of compressed air to entrain 80 percent of the total output airflow from the surrounding room air.
• An electrically energized emitter at the discharge end, which fills the entire airstream with positive and negative ions capable of neutralizing high static charges in a fraction of a second.
• An optional regulator, allowing infinite adjustment of the air volume and velocity.
• A comfortable grip and hand position, for hours of continuous use without fatigue.