The new owner intends to make 'meaningful investments in the processing plant.'

In a statement, JDH Capital Co. of Charlotte, North Carolina, said it intends to make "meaningful investments in the processing plant and will continue to operate the business as a going concern.

The slaughterhouse had agreed in a July federal court settlement to pay nearly $38 million over 18 months that it owed to livestock sellers.

That was after the company was accused of violating a January 2017 order by the U.S. Department of Agriculture requiring the slaughterhouse to make payments when due. 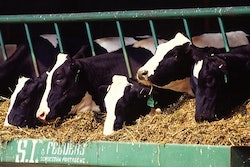