It can act as a companion that can care, entertain and transport.

Robots can serve so many useful functions and with some hard work and a whole lot of money, unicorn riding could soon join the list of things that robots can provide.

Xpeng Robotics, a division of Chinese electric vehicle manufacturer Xpeng, just raised more than $100 million in Series A funding to realize its vision of helpful robots in the household within the next two years.

Xpeng already has plans for its first product, a quadruped robot with autonomous navigation and a multi-modal emotional interaction function. The company said it can act as a companion with the ability to care, entertain and transport. Or, in other words, it can act as a robot unicorn for the kids to ride on.

The company said its rideable robot unicorn will feature a pony gait, the ability to recognize objects, intelligent driving and target tracking, and the ability to cross multiple types of terrain. Xpeng Robotics said it is employing a “warm tech” design philosophy toward functions like hanging out with the family and giving rides to kids.

XPENG Robotics was established in 2016 and it claims to be one of the earliest companies in the walking robot sector in China. The company specializes in robot powertrains, locomotion control, robot autonomy, robot interaction and artificial intelligence.

Xpeng is not the only EV maker building robots. Tesla has promised to have a working prototype of its humanoid robot later this year. But Xpeng is picturing a future where many smart car manufacturers will also make smart robots, creating synergies greater than the sum of their parts. But really, I just need them to work on a robot unicorn that’s big enough for me to ride. 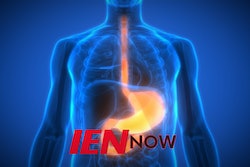 This Slime Robot Could Grab That Thing You Swallowed 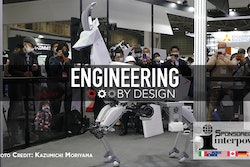 Kawasaki Made a Robot Goat