A peanut butter cup to rival other holiday desserts.

Reese’s has announced it will release its biggest peanut butter cup yet.

Just in time for Thanksgiving, the candy brand will be releasing a peanut butter cup that will rival other holiday desserts.

The giant “cup” comes in at 9 inches in diameter, the size of a standard pie, and weighs 3.4 pounds.

According to Reese’s brand manager Bo Jones, “We wanted to create a dessert that everyone wants a piece of.”

A press release issued by parent company Hershey said only 3,000 of the pies would be made available for sale.

At a retail price of $44.95, they were only available for purchase from the Hershey online store.

The pies sold out within hours of the announcement. 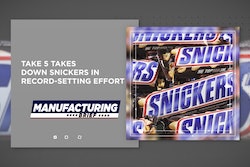