Facilities managers and safety and security personnel try to have a plan for everything, but sometimes, all it takes is a lonely lover to play the wild card.

Last week, a woman in Maine called in a pair of bomb threats at Puritan Medical Products. The calls prompted the evacuation of two manufacturing plants.

When asked why she did it, authorities said it was to spend more time with her boyfriend, a Puritan employee.

She made the first phone call to the Maine State Police around 9:00 a.m. on Thursday, stating that she would plant a bomb at a Puritan manufacturing plant in Pittsfield. Then, she called back two hours later, upping the ante to four pipe bombs she said she planned to hide in the area. The Guilford, Maine-based company has a pair of facilities in Pittsfield that make swabs used for COVID-19 testing.

33-year-old Kayla Blake was arrested and charged with terrorizing, a felony. The calls disrupted manufacturing operations for an entire day, according to the Morning Sentinel. About 400 workers on first and second shifts were sent home or asked not to report to work that day. The entire town has a population of a little over 4,000 people.

The story is reminiscent of the 57-year-old worker at a Navistar truck and van assembly factory in Springfield, Ohio, who was arrested for an ill-conceived April Fools Day prank earlier this year. In that case, it was the employee who told her sister that an active shooter was at the plant. It didn't end well for the worker.

Even if Blake's boyfriend happens to be the most loyal partner in history, it's hard to imagine that she'll be spending time with him anytime soon unless he helps spring for the $1,500 bail. 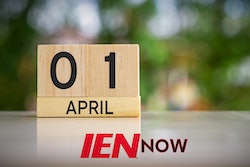 Rodent Wound Up in Woman's Dress