Based in Bratislava Slovakia, the company is developing a vehicle that rides and flies with the comfort of a luxury automobile rather than the bare-bones experience of most single-engine aircraft.

The flight tests were a key milestone in determining the vehicle's airworthiness. The European Aviation Safety Agency has stringent CS23 requirements that oversee all critical aspects of flight. The company started the EASA certification process back in 2019, but it’s also pursuing equivalent certifications from the FAA in the U.S.

Among the bars it had to clear, it successfully took off within 1,300 feet and achieved a rate of climb of more than 1,200 feet per minute.

The team's highest priorities include controllability, stability and maneuverability; providing predictable but agile behavior; and being generally easy to fly. You hit the accelerator to take off, and it drives like a car after the wheels hit the ground.

With a cruise speed of 160 miles per hour, the AeroMobil will have a flying range of about 460 miles and a driving range of about 620 miles. According to the company, full transformation between drive and flight modes takes less than three minutes.

The test pilots called the flight “pure exhilaration," noting that the craft was not just easy, but joyful, to fly. Even the landings are easy.

The company hopes to introduce the AeroMobil flying car commercially in 2023. After more than 10 years in development, 300,000 hours of engineering and flight tests on three prototypes, it should be ready. 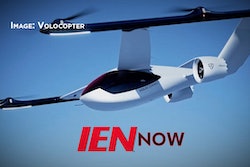 The Most Realistic Commuter Drone Taxi Yet 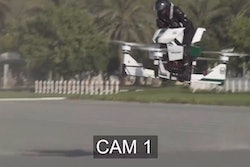 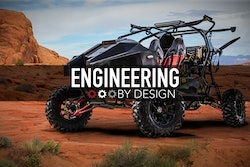