During this demonstration, the optionally piloted Kaman K-MAX and the Sikorsky Autonomy Research Aircraft, or SARA, worked with an Indago quadrotor and Desert Hawk fixed wing UAS. I know what you're thinking, optionally-piloted sounds more dangerous than it actually is. Really, it means a guy was flying it from a laptop with a Playstation controller.

The quadcopter found the hot spots and then sent that information to the operator who directed the K-MAX to autonomously retrieve water from a nearby pond and use it to put out the fire.

At the same time, the Desert Hawk found the missing person and SARA, the modified S-76 commercial helicopter, conducted the search and directed the rescue. SARA is equipped with Sikorsky MATRIX technology which helps it fly autonomously.

To make sure that SARA could talk to the UAS during the rescue mission, Lockheed installed MATRIX technology onto the K-MAX.  SARA used information provided by K-MAX to autonomously scan the terrain and find a safe place to land.

Searching the US Patent and Trademark Office can be an onerous task. A former colleague of mine had to work the new patent beat and to say that the site frustrated her would be an understatement.

Well a team from Michigan Tech has a potential solution for the many innovators and inventors who have squandered hours fruitlessly rifling through old patents as the try to figure out which are still active and how they may relate to developing technologies.

The team created an online search engine that is now free for everyone to use. So taking a cue from our last story, you can search the term drone. You'll see a group of animated puppies as your results load, which is a bold choice, and then you're given seven inactive patents. Everything from a way to deploy a parachute on a drone to converting a watercraft to a water-skier controlled drone. There is actually a pretty interesting patent from a nuclear-powered drone from Grumman Aerospace in 1988.

According to Joshua Pearce, a materials science and electrical engineer at Michigan Tech who developed the search engine, nearly half of all registered patents are inactive before their lifetime ends, which is a potential goldmine for inventors and innovators. So, the algorithm will scrape the US Patent Database each week when the agency updates patent statuses. Every 3.5 years, 7.5 years and 11.5 years, patents come up for renewal, and if the dues are not paid and the paperwork remains unfiled, then the patent becomes inactive and enters the public domain.

Type 2 diabetes has had a dramatic impact on many American families, it has even hit my own family. And I know that while exercise is an effective treatment, it is difficult to motivate those gripped by the disease, no matter how heartless you may be with your tactics.

Well, a new wearable medical device developed by Kumamoto University might prove to be an alternative. Researchers say their new wearable belt can impact fat loss and improve blood glucose through the use of mild electric stimulation and heat shock.

The belt uses a special type of rubber to transmit electric stimulation and heat shock at the same time. In clinical trials, results showed a decrease in fasting glucose levels, a loss of visceral fat, improved insulin resistance, and a significant improvement in glycated hemoglobin values.

With just a 60-minute treatment each day, the lead researcher Dr. Tatsuya Kondo, said that you could expect the effects to be similar to exercise. 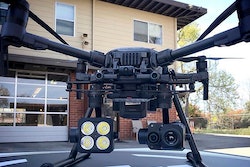 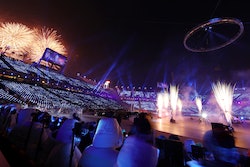