The drones looked for survivors underneath the rubble. 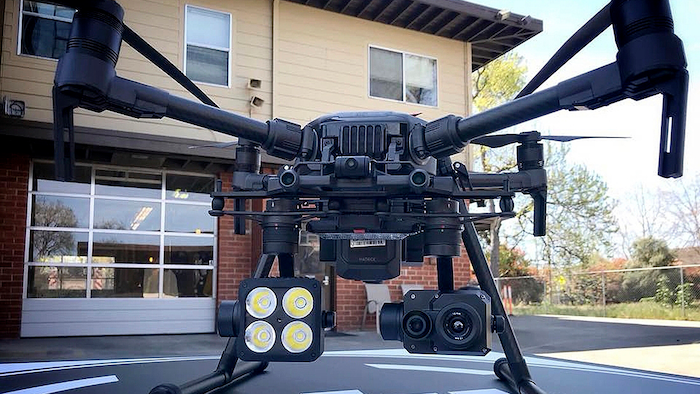 This 2018 photo provided by the Menlo Fire UAS shows a DJI drone with a thermal-imaging camera designed by FLIR Systems in Menlo Park, Calif. Law enforcement officers used heat-seeking drones like this to search for victims of the tornadoes that ravaged a rural corner of Alabama on Sunday, March 3, 2019.
Menlo Fire UAS/Drone Program via AP

Rescue crews didn't have to stumble through every destroyed building in their search for victims after a tornado ravaged a corner of Alabama this week: They used heat-seeking drones to let them know whether there was anyone beneath the ruins.

In so doing, they joined the increasing ranks of public safety agencies across the U.S. and around the world that have employed unmanned thermal-imaging aircraft during critical situations, including manhunts, wildfires and other natural disasters.

In tornado-stricken Alabama, Lee County Sheriff Jay Jones said Tuesday it was not clear if drones spotted any bodies or anyone injured or trapped in the debris. But at the least, they helped reassure searchers that they hadn't overlooked anyone in the aftermath of the twister that killed 23 people.

"They gave us an overhead view of areas we might have missed had we been at eye level on land," Jones said.

Thermal-imaging drones use infrared cameras that find heat sources on the ground, in buildings or in water, at any time of day, whether from a human or animal, alive or newly deceased, or from other things, such as flames.

The devices can transmit a color-coded image in real time to a laptop, cellphone, tablet or large-screen monitor. Depending on the settings the user chooses, heat sources can be made to stand out in bright red, white or other colors. 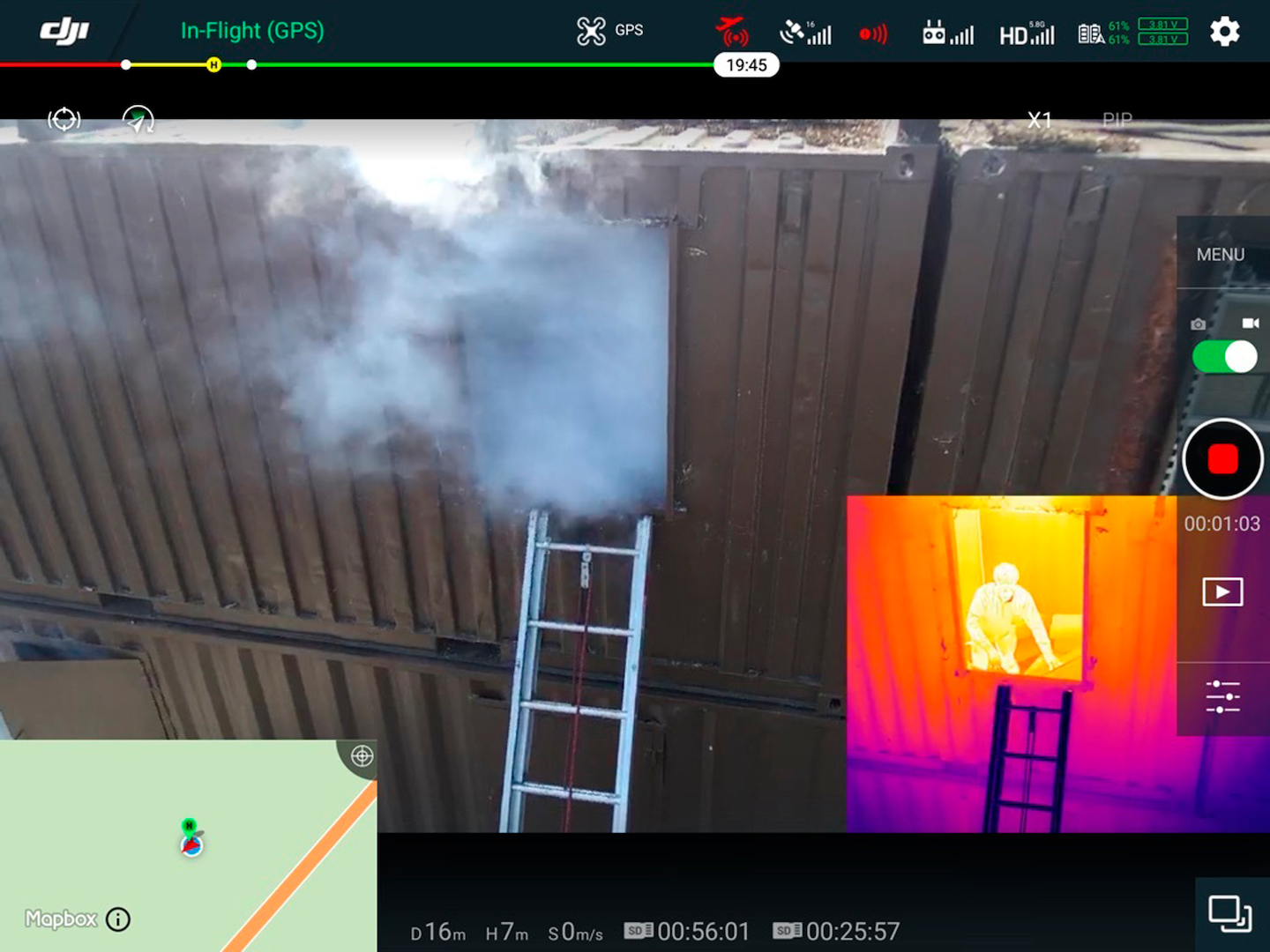 This frame taken by a DJI drone during a drill in Menlo Park, Calif., and provided by the Menlo Fire UAS shows smoke coming out of the second story and, on the right, a trapped person as seen through a thermal-imaging camera designed by FLIR Systems. Law enforcement officers used heat-seeking drones to search for victims of the tornadoes that ravaged a rural corner of Alabama on Sunday, March 3, 2019.Menlo Fire UAS/Drone Program via AP

Law enforcement officers and firefighters who use such airborne technology swear by it as a tool to protect and save lives. Drones are cheaper than manned aircraft such as helicopters, which can't get into tight spaces and require more training.

Officials in China, Nepal and Mexico used drones — with and without heat-detecting equipment — after devastating earthquakes. Firefighters battling fast-moving blazes in California's woods employed heat-seeking drones to map fires and search burned homes. They also have been used to locate missing people, as in the case of an 11-year-old girl found last year in the thick woods of North Carolina.

In Hamilton County, Tennessee, Sheriff's Detective Marty Dunn got an urgent call last summer. A man involved in a domestic dispute had fled his home and ventured into the swampy woods near Chattanooga, perhaps with the intention of harming himself.

Dunn rushed to the scene with a thermal-imaging drone. He guided the aircraft over the thick canopy of trees and found what he had been looking for in about 6 minutes — a heat signature that told him a human was sitting at the base of a tree. The man was rescued quickly and safely, Dunn said.

It took less time than a search by deputies and police dogs would have, he said.

"It's an amazing tool," Dunn said. "It worked out for the best."

In the San Francisco area, the Menlo Park Fire Protection District boasts a fleet of about 15 drones with varying capabilities, some with regular cameras, some with thermal-imaging ones. During last year's devastating wildfires in Northern California, thermal-imaging drones mapped areas where fires raged. The pictures were sent to firefighters' cellphones, helping them attack the flames efficiently, Chief Harold Schapelhouman said.

"It's a super-efficient piece of equipment," said Schapelhouman, who estimates the department has spent $200,000 on its drone program, including pilot training.

In Polk County, Florida, Sheriff Grady Judd has a team of 20 drone pilots on his Aerial Response Team. Polk County uses its thermal-imaging drones at night, finding burglars who thought they were safe hiding in the dark.

Drone operations in Florida are limited by strict laws. Judd said the sheriff's office can use drones only in an emergency, such as a tornado or hurricane, or with a court order.

"We can't put it in the air just to look at traffic flows or to write traffic citations or anything like that," Judd said. "You can't launch them to do even population surveillance at a football game to see where you're having trouble."

A Portland, Oregon-based company, FLIR Systems, designs, makes and sells thermal-imaging cameras used by police and fire departments. It has been working on airborne thermal-imaging technology for about 40 years and jumped into the drone camera business for public safety agencies about four years ago, said Jeff Frank, senior vice president for global product strategy.

In a study issued last May, the Center for the Study of Drones at Bard College reported at least 910 state and local police, sheriff, fire and emergency-service agencies in the U.S. have acquired drones.

The report's author, Dan Gettinger, said it is not clear how many agencies have drones with thermal-imaging capabilities but estimated it is less than 25 percent and increasing.

Wildfire Fighters to Use Drones