'Textalyzer' Tracks Device Use in Accidents

Authorities in New York are drafting legislation that essentially treats texting and driving in much the same manner as drinking and driving.

According to recent data, the average full-timer in the United States spends almost 26 minutes commuting to work. While this figure hasn’t changed much since the turn of the century, there’s one thing that has changed – smart phones are in nearly every car, and once they’re in hands, the rate of auto accidents skyrockets.

Authorities in New York are trying to take the ‘texting while driving’ problem head-on, by drafting legislation that essentially treats texting and driving in much the same manner as drinking and driving. Specifically, legislators wish to give police officers a device that’s the digital equivalent of a Breathalyzer, but for your phone. The “Textalyzer” could be used at an accident scene to test whether there had been phone activity – texting, snapchatting, Tweeting – in the moments leading up to the accident. Failure to hand over a phone could lead to the suspension of a driver’s license, similar to the consequences for refusing a Breathalyzer.

According to The New York Times, if this were to pass in New York, it could spread across the country just like the ‘no texting while driving’ laws already have. But there is still a lot to consider, including privacy laws and whether the established legal precedent says that this can be done. While you sign your agreement to “implied consent” to an alcohol test when you get a drivers’ license, it’s legally murky whether you also imply consent to have your phone essentially searched.

So while the lawyers and lawmakers work out the details, the rest of us will just have to wait. And waiting is what’s at the root of efforts like ATT’s "It Can Wait" campaign, which encourages drivers through an educational campaign that no text, search, post, view, or email is worth a life. 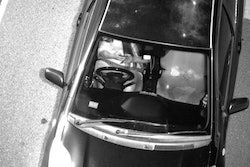 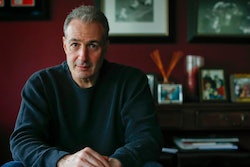