Debuting in 1992, the Dodge Viper provided drivers with one the fastest American sports cars available. It would go on to set more than a dozen track records, win three 24 Hours of Le Mans series, and initially put significant dents in the sales of Corvette and a number of luxury imports.

However, sliding sales led Fiat Chrysler to announce last summer that Viper’s 25th Anniversary would also be its swan song.

When it was initially unveiled, the notion of a no-frills, 600+HP, rear-wheel drive beast with a V-10 engine was unique. But over time competitors, including Corvette, matched the Viper’s speed and power – leaving Dodge with a model that was stiff to handle on the road, notoriously uncomfortable for the driver, and still quite expensive.

Customers began trending towards alternatives with more creature comforts and just as much or more power for the $90-$100k investment.

Bob Lutz, who was the head of global product development at Chrysler when the Viper was unveiled, and along with design chief Tom Gale is credited with creating the Viper, summed up the car’s demise on roadandtrack.com;

“The original premise was ‘more power and speed than anyone else.’ But the Viper was trumped by the Corvette and even in its own family by the Hellcat.”

Interestingly enough, with the announcement that the Viper would no longer be produced, orders for the final model shot up so quickly that Dodge had to stop accepting them for fear of not being able to meet production demands. They even had to ask some suppliers for additional parts.

And adding to its legend, a crowdfunding initiative has been gaining steam to get the Viper one last piece of history – the legendary Nurburgring lap record. Viper set the mark for production cars in 2011, but the record time is currently held by the Porsche 918 Spyder.

A link to the GoFundMe page: https://www.gofundme.com/take-back-the-ring-record

Finally, it turns out the Viper story might need a “To Be Continued” label. FCA boss Sergio Marchionne said a future Viper could be built on the same rear-drive platform targeted for a number of future vehicles, including Maseratis and next-generation Challengers and Chargers. 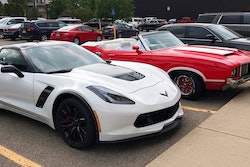 Are Muscle Cars in Trouble?

Bringing Back the Viper 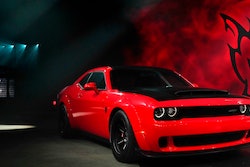