Dodge Could Be Bringing Back the Viper

Instead of trying to out-muscle the competition, the new Viper could rely on different tactics.

When Dodge announced that 2017 would be the last production year for its legendary Viper sports car, there was an onslaught of nostalgic support for the V10-powered beast. Orders actually outpaced production demands for the final model year, sending Dodge scrambling to find parts.

Fast forward roughly 16 months and reports from numerous outlets, including Car and Driver, state that a new Viper could be in the works.

However, instead of trying to outmuscle the Corvette or sibling Hellcat with a bigger engine, it’s rumored that the new Viper will focus on the use of aluminum and carbon fiber. This would translate to greater speed and maneuverability via a lighter-weight design.

So arguably the biggest change would be a suspected shift from its infamous V10 to an all-aluminum-block Hemi V8 engine that could turn out as much as 550 horsepower, which is nearly 100 fewer HP than the last Viper.

This would indicate that Dodge learned from past mistakes, as it was an attempt to overpower the competition that led to the demise of the Viper. This smaller engine would also allow Dodge to produced tiered versions of the Viper - ranging from a base model to a supercharged version capable of pumping out closer to 700 HP.

Also adding hope to Viper enthusiasts around the globe were remarks from FCA boss Sergio Marchionne. In February, 2017 he was quoted as saying that a future Viper could be built on the same rear-drive platform targeted for a number of future vehicles, including Maseratis and next-generation Challengers and Chargers.

Speculation has a prototype of the Viper possibly making an appearance as soon as the 2019 Detroit Auto Show, with production dates of a convertible model as soon as 2020. Less optimistic reports are targeting 2023 for the new Viper. 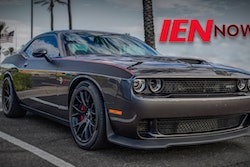