Why would an area that carries higher operational costs and visions of a burning rig, miles-long oil slick, and dead or dying marine life continue to be a focal point of U.S. oil production?

According to the U.S. Energy Information Administration’s Short-Term Energy Outlook, U.S. crude oil production in the Gulf of Mexico is estimated to increase to record highs by 2017, even as oil prices race to historic lows.

The EIA projects Gulf production will reach an average of nearly two million barrels/day in December 2017 - equating to about one-fifth of forecasted U.S. crude oil production.

This report comes out as we approach the 6th anniversary of BP’s Deepwater Horizon disaster, in which 11 people were killed and nearly five million barrels of oil were spilled into and throughout the Gulf of Mexico.

These projections also coincide with decreasing production at locations like the Bakken oil fields in North Dakota, the Eagle Ford Shale site in Texas and other locations that offer lower operating costs and less environmental exposure compared to the Gulf.

So, why would an area that carries higher operational costs and visions of a burning rig, miles-long oil slick and dead or dying marine life continue to be a focal point of U.S. oil production?

Well, unlike the machines they help drive, oil companies see the slower, more methodical production approach associated with drilling in the Gulf of Mexico as less sensitive to short-term pricing dips.

In non-Gulf areas, the oil is ready for the refinery much more quickly, which feeds the market surplus situation currently driving prices down and eating into profitability. A slower to-market timeline helps control the flow of crude and insulate these companies against short-term decreases in price.

Additionally, while current market conditions could impact the possibility of some of these rigs actually being put into action, the time, energy and resources that were allocated to them before prices began to drop means putting these projects in motion offers a better long-term ROI then temporarily halting them. 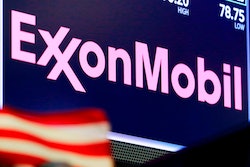 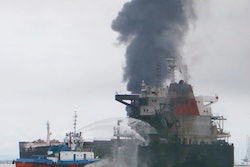 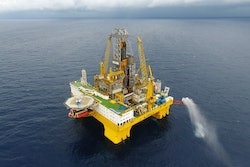