It's not clear that pricey crude will slow down the economy, however.

It's not clear that pricey crude will slow down the economy, however.

The stock market closed slightly higher as investors bet that companies and consumers can cope with the increase, although airlines — a big consumer of fuel — slipped.

Analysts said the recent rally in oil prices has been driven mostly by strong demand and limits on production. But, they said, a contributing factor is concern that Iranian oil exports will fall if the U.S. withdraws from a 2015 deal that eased sanctions on Iran in exchange for limits on its nuclear program. Also, U.S. stockpiles of crude are down from this time last year.

The national average for gasoline is now $2.81 a gallon, according to the auto club AAA, and it's not even the peak driving season yet. Pump prices are up 15 cents from a month ago and 46 cents from a year ago.

Eventually fuel prices show up in the costs of all sorts of consumer goods that are hauled by plane, train or truck. Online shoppers could see fewer offers of free shipping, said Diane Swonk, chief economist for accounting firm Grant Thornton LLP.

Swonk believes that oil prices are not yet high enough to derail economic growth.

"We are still adding jobs, and that is helping us to absorb it," she said. "Wages aren't accelerating as rapidly as we would like, but we are hearing a lot of anecdotal reports of wages picking up and that should help."

Others are less sanguine. Longtime energy economist Philip Verleger believes the run-up is enough to trim growth "because consumers are going to have to cut expenditures on stuff other than gasoline." And he believes that oil prices are heading much higher.

Verleger cited several other signs that could point to higher crude prices, including comments by Saudi energy minister Khalid al-Falih that current prices aren't hurting demand, implying that they could go even higher. He also pointed to a report that U.S. oil company ConocoPhillips is trying to seize Caribbean assets of Venezuela's state-run oil company to recover a $2 billion award for Venezuela's nationalization of the company's projects there. Throw in a proposal by a UN agency that wants ships to use less high-sulfur fuel, and he thinks oil might hit $200 — a level never seen — by the end of 2019.

U.S. oil production is up about 13 percent from a year ago, but demand has been strong too. The Energy Department's latest tally put the U.S. stockpile of crude at 436 million barrels as of April 27. That was an increase from the week before and more than analysts expected, but the stockpile was down 17.4 percent from a year earlier.

Saudi Arabia has led a group including OPEC members and other producers to limit production since the start of 2017 in a bid to dry up the glut that caused global oil prices to collapse starting in mid-2014.

The strategy has worked, aided by rising global demand for energy. Saudi Arabia, OPEC's most important member, is pushing to extend the production cuts beyond this year. 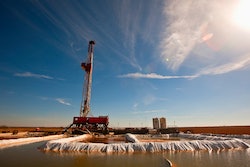 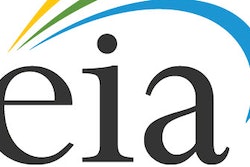 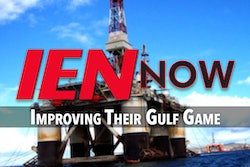