A number of factors are negatively impacting profitability in 2019. 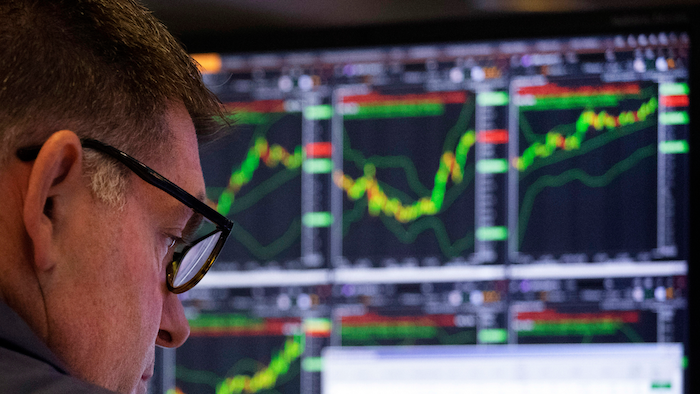 Profits surged for U.S. businesses last year, with growth topping 20 percent for S&P 500 companies in much of 2018. But the gusher got capped at the start of 2019, and analysts say the sputtering out may last most of this year, as the tax-cut jolt wears off and worries about the trade war linger.

Companies are lining up to tell investors how much they earned during the spring, and expectations are low, again. Some data crunchers predict S&P 500 companies will report a second straight quarter of profit declines, something that hasn't happened since 2016. Others say big businesses will eke out modest gains, but all agree that growth has downshifted sharply from a year ago.

This matters because stock prices tend to track the path of corporate profit growth over the long term. Stocks have climbed to record heights this year as the Federal Reserve has flipped from raising interest rates to possibly cutting them. That's encouraged investors to pay more for each $1 in earnings that a company produces. But unless companies produce more dollars of earnings, it will be difficult for stocks to keep climbing.

Even if companies post slightly positive growth in the second quarter, "whether that will be enough to support equity prices in the absence of a trade deal is questionable," said David Joy, chief market strategist at Ameriprise. A big reason for the downshift in profits is that companies are no longer getting the benefit of the first year of lower tax rates. But other factors are also weighing on growth, starting with the trade war.

Manufacturing growth has slowed around the world, and companies are getting more cautious about their spending given the uncertainty of the U.S. trade dispute with China. Seven Fed rate hikes over the last two years are also having a restraining effect on the economy.

Labor costs are also creeping higher for companies. While that's good news for workers who are getting raises, it eats into corporate profitability. Companies certainly have plenty of room there, because they're holding onto nearly record amounts of profit from each $1 of their sales, but the trend is likely to continue going down through this year, according to strategists at Goldman Sachs.

Investors don't seem to care much about the threat, at least not yet. That's evident in how stocks of companies with low labor costs have lagged the rest of the market recently, but the Goldman Sachs strategists point to how wage growth hit its fastest level last year in more than a decade.

The companies most at risk may also be the ones who drove much of the market's gains in recent years: big technology and internet stars. Among the companies expected to drag most heavily on second-quarter profit margins for the S&P 500 are Apple, Facebook and Google's parent, Alphabet, according to Credit Suisse.

For the third quarter, analysts forecast another year-over-year decline in S&P 500 earnings per share, this time of 0.5 percent, according to FactSet's tally. They say earnings growth won't return until the fourth quarter, when it could hit 6.3 percent. S&P Dow Jones Indices' tally of analysts, meanwhile, says profit growth will be modest in the third quarter before jumping in the final three months of 2019.

The numbers would likely be even more discouraging if companies weren't spending hundreds of billions of dollars buying back their own stock. Those repurchases allow CEOs to spread the thin amount of profit growth over a smaller number of shares still held by investors, which means earnings per share rise faster than overall earnings.

Lately, bad news on the economy has actually ended up being good news for the stock market. Weaker-than-expected reports on the job market and other areas of the economy in June, for example, boosted stocks because they raised expectations that the Fed would cut interest rates.

But when profits start to drop, warning lights flash on Wall Street. Market psychology has historically switched when earnings decline, according to Francois Trahan, strategist at UBS, who pointed to the market's movements in 2001 and 2008.

That's when bad news on the economy went back to being bad news for the stock market.