French executives are accused of selling more than 538 tons of horse meat mislabeled as beef. 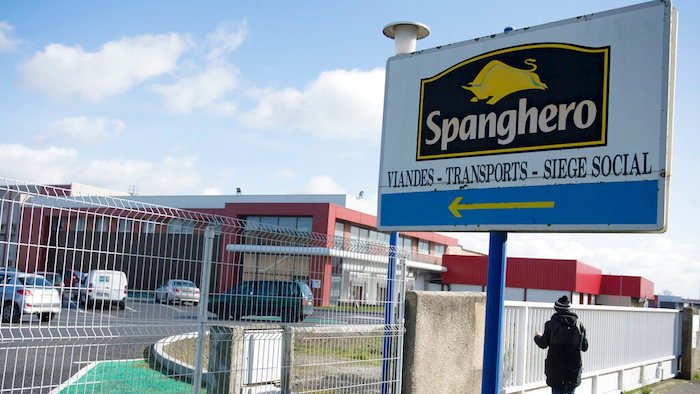 The defendants at the trial, which is expected to last three weeks, included two former executives of French company Spanghero, accused of various fraud charges, and two Dutch meat traders.

The French executives — former Spanghero director Jacques Poujol and an ex-plant director Patrice Monguillon — are accused of selling more than 538 tons of horse meat mislabeled as beef to Tavola, a subsidiary of Comigel, a French company whose frozen meals were sold to companies across Europe.

They are also accused of lying about the meat's origins, which was advertised as French meat but came from Romania, Belgium or Canada.

Both denied intentional wrongdoing. They are suspected of setting up the scheme, which ran between January 2012 and February 2013, with the complicity of the traders, Hendricus Windmeijer and Johannes Fasen.

The four have been charged with conspiracy to defraud clients and consumers and could face up to 10 years in prison.

Windmeije, Poujol and Monguillon were present at the Paris courthouse on Monday but Fasen did not show up.

According to several media reports, Fasen was convicted of fraud in 2013 in a different case related to selling horse meat and fined 50,000 euros ($56,800). His company Draap Trading Ltd — which is the Dutch word for horse (paard) spelled backwards — bought horse meat from Brazil and Mexico and sold it in France as halal beef between 2006 and 2009.

According to Liberation newspaper, investigators have established that Spanghero bought 790 tons of horse meat from Draap Trading Ltd in 2012-13, but Poujol's lawyer Antoine Vey told the French daily his client was the victim of Fasen, rather than his accomplice.

"His only criterion when he bought the meat was its price," Vey said.

The scandal broke out in 2013 in Britain and quickly spread as horse meat turned up across Europe in frozen supermarket meals such as burgers and lasagna, as well as in in beef pasta sauce, on restaurant menus, in school lunches and in hospital meals.

European officials have said the scandal is the result of fraud, and possibly an international criminal conspiracy to pass off cheap horse meat as more expensive beef. And although officials said that eating horse meat was not generally dangerous, the scandal upset people in places where such meat traditionally is not eaten.

"The (Spanghero) case is such a scandal that it totally discredited the meat industry," said Edmond-Claude Frety, the lawyer representing an association of French customers.