Friday's announcement follows a decline in economic growth to a post-global crisis low of 6.5 percent over a year earlier in the latest quarter.

Joe McDonald
In this Dec. 8, 2018, photo, a container ship sails past a port in Qingdao in eastern China's Shandong province. News reports, Friday, Dec. 21, 2018, say Chinese leaders are promising tax cuts and more help to entrepreneurs in their 2019 economic plan amid official efforts to reverse a deepening slowdown in growth.
Chinatopix via AP

BEIJING (AP) — Chinese leaders on Friday promised more help to entrepreneurs in 2019 to shore up weakening economic growth as Beijing tries to resolve a tariff war with Washington over technology.

An annual planning meeting led by President Xi Jinping called for reforms to state industry and to reduce financial risks, according to a statement carried by the official Xinhua News Agency.

Beijing will "promote high-quality development of manufacturing," the statement said, suggesting the ruling Communist Party is sticking to plans for state-led industry development. But it gave no indication whether strategies Washington, Europe and other trading partners say violate China's market-opening obligations might be changed.

Xi's government is trying to shore up cooling growth in the world's second-largest economy and avoid politically dangerous job losses without reigniting a rise in debt levels that economists warn are already dangerously high.

"The external environment is complicated and severe, and the economy is facing downward pressure," the statement warned. "It is necessary to enhance the sense of urgency."

Such meetings set Beijing's priorities for the coming year, but companies usually have to wait weeks or months to see detailed regulations.

Beijing is due to start talks in January with Washington aimed at resolving a tariff battle over U.S. complaints that China steals or pressures companies to hand over technology. President Donald Trump raised U.S. tariffs on $250 billion of Chinese goods, adding to pressure on export industries that support millions of jobs at a time of weakening global demand.

Washington also objects to development plans including Made in China 2025, which calls for state-led creation of global champions in robotics, biotech and other fields.

American officials worry those might threaten U.S. industrial leadership. Chinese officials have indicated those programs might be opened to foreign companies, though it is unclear whether that would satisfy Washington.

Friday's announcement follows a decline in economic growth to a post-global crisis low of 6.5 percent over a year earlier in the latest quarter. Consumer demand is weakening and auto sales have contracted for the past four months.

The slowdown, combined with Beijing's fight with Trump, has fed gloom among companies, consumers and investors. China's stock market is on track to end this year down 25 percent.

Communist leaders promised for the first time in 2013 to give market forces the "decisive role" in allocating resources. But reform advocates complained that until recently, they built up state industry and did little for entrepreneurs who have limited access to loans from government banks and can be buffeted by abrupt policy changes.

The party needs to create conditions to "let the private economy create vitality," Xi said in a Nov. 1 speech to an audience of entrepreneurs.

The 2019 economic plan promises tax cuts and to "solve the financing difficulties of private enterprises," according to Friday's statement.

This week, Beijing unexpectedly announced a 100 billion yuan ($15 billion) lending program for entrepreneurs. Financial analysts said that "targeted easing" appears to be aimed at shoring up growth without reigniting a rise in debt. 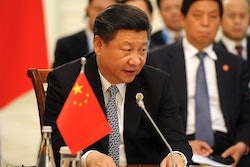 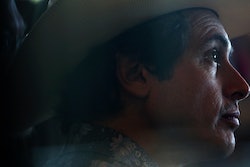 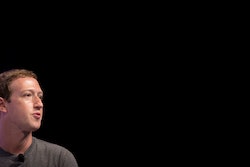