While Trump's squabbles with Japan, Canada and Europe grab headlines, companies are forging their own deals with American states that go their own way in pursuing investment. 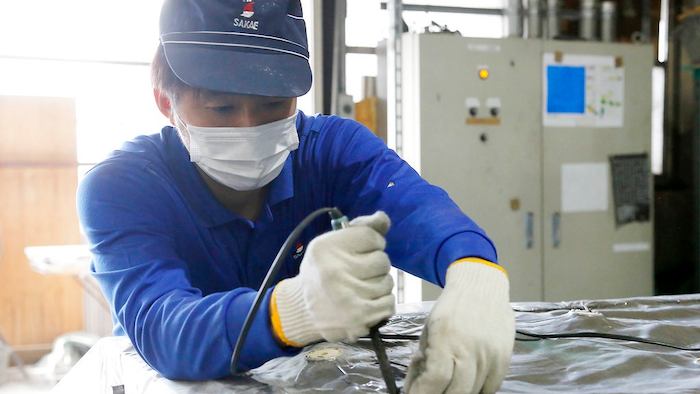 In this May 11, 2018 photo, a Sakae Casting employee works in the company shop in Hachioji, in the outskirts of Tokyo. Donald Trump’s trade relations with Tokyo are testy, but Idaho gave Takashi Suzuki a warm welcome. Suzuki’s Sakae Casting Co., which makes aluminum parts used for cooling batteries and semiconductors, is talking with the University of Idaho about possibly working together to develop technology to cool nuclear power plants. While Trump’s squabbles with Japan, Canada and Europe over steel tariffs grab headlines, companies such as Suzuki’s are forging their own deals with American states.
AP Photo/Yuri Kageyama

Suzuki, president of Sakae Casting Co. , which manufactures aluminum parts used for cooling batteries and semiconductors, first went to Silicon Valley looking for opportunities. But that was where everyone went, making for tough competition.

In Idaho, he was welcomed by politicians, officials and the University of Idaho. Suzuki hopes to work with them on developing a way to cool nuclear fuel without creating polluted water — a problem that has intrigued Suzuki since Japan's 2011 nuclear disaster.

New cooling technology could reduce the need for tanks packed with 1 million tons of radioactive water at the Fukushima power plant. Idaho, which has a nuclear laboratory as well as reactors, would also benefit from such a breakthrough.

While Trump's squabbles with Japan, Canada and Europe about steel tariffs grab headlines, companies such as Suzuki's are forging their own deals with American states that go their own way in pursuing investment and commercial opportunities.

As a small state, "we are well positioned to give these types of companies the attention, direction and support they need," said Jan Rogers, chief executive of REDI, or Regional Economic Development Eastern Idaho, who was on a nine-day trip in Japan recently.

Suzuki believes Japanese companies have fallen behind South Korean and other competitors due to lack of negotiating flexibility. He said it was easier to get a meeting with Idaho representatives than with anyone important in the Japanese government.

"These days, we need to forge our own strategy," said Suzuki, whose grandfather started his company in 1952.

Small- and medium-size manufacturers such as Sakae, which has 30 employees, account for 99 percent of Japan's companies and 70 percent of employment, according to the government's Organization for Small & Medium Enterprises and Regional Innovation Japan.

Trump's 25 percent tax on steel imports and 10 percent tax on aluminum took effect in May for Japan. The European Union, Canada and Mexico were granted temporary waivers, but those ran out at the end of May.

Japan has told the World Trade Organization it may levy retaliatory tariffs on U.S. goods totaling about 50 billion yen ($450 million) a year. Japan did not say what products might be targeted.

In May, Trump ordered an investigation into whether a tariff hike on foreign-made vehicles and auto parts was justified on national security grounds. Automakers, a major Japanese industry, were outraged.

Toyota Motor Corp. spoke for many in the Japanese industry by denying it was a threat. The company said it has invested $23 billion in the United States, created jobs and is building its 11th U.S. plant.

Brett Doney, president and chief executive of the Great Falls Montana Development Authority, was in Japan this year to attract investment.

Nippon Flour Mills of Japan is a major investor in Pasta Montana and has been adding processing lines, each costing millions of dollars.

Doney and others working on the state level believe foreign direct investment is the answer to bringing jobs back to the rural U.S. Although each investment may add a dozen jobs or so, that's important for a small community like Montana, according to Doney.

Suzuki said doing the legwork and personal networking to land opportunities outside Japan are crucial for Sakae's survival.

He has been hiring employees from South Korea, the Philippines and Nepal. He is also talking with other entrepreneurs in Hachioji about expanding abroad, organizing group trips.

In addition to Idaho, he is looking into possible opportunities in Texas.