Trade analysts say it is highly unusual for a president to intercede in a case brought by the Commerce Department and to mix regulatory sanctions with trade negotiations. 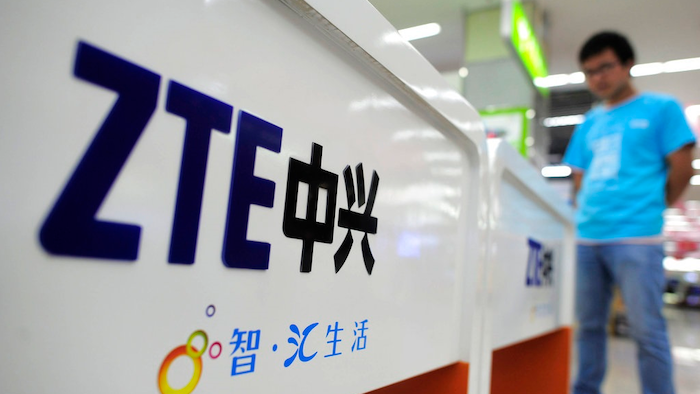 WASHINGTON (AP) — A long-running dispute between American regulators and Chinese telecom company ZTE may have handed President Donald Trump some unexpected leverage in avoiding a trade war with Beijing.

Trump's tweet Sunday that he was working with President Xi Jinping of China to put ZTE "back into business, fast" after U.S. sanctions threatened ZTE's existence and 70,000 Chinese jobs caught many trade-watchers by surprise.

"Too many jobs in China lost," Trump tweeted. "Commerce Department has been instructed to get it done!"

The overture came just as Vice Premier Liu He is flying to Washington for talks aimed at heading off a mutually harmful battle between the world's two biggest economies and just before U.S. companies plan to plead during three days of hearings for a resolution to the dispute.

Trade analysts say it is highly unusual for a president to intercede in a case brought by the Commerce Department and to mix regulatory sanctions with trade negotiations. But they also note that Trump's offer to rescue ZTE, which makes cellphones and other telecommunications equipment, has the potential to clear the way for progress.

The United States has proposed imposing tariffs on up to $150 billion in Chinese products to punish Beijing for forcing American companies to hand over technology in exchange for access to the Chinese markets. In retaliation, Beijing is threatening tariffs on $50 billion in U.S. products.

"Trump's tweet creates an atmosphere where there's more hope for reaching an agreement on trade," said David Dollar, senior fellow at the Brookings Institution and a former official at the World Bank and the U.S. Treasury Department.

The United States also needs China's support as it prepares for talks with North Korea that are intended to persuade the Pyongyang regime to abandon nuclear weapons.

Commerce and ZTE last year settled charges that the Chinese company sold sensitive telecommunications equipment to Iran and North Korea in violation of U.S. sanctions. ZTE agreed to plead guilty and pay about $1 billion in fines.

Last month, Commerce accused ZTE of violating the agreement and blocked ZTE from importing American components for seven years. The department said ZTE had misled regulators: Instead of disciplining all employees involved in the sanctions violations, Commerce said, ZTE paid some of them full bonuses and then lied about it.

The seven-year ban was tantamount to a death sentence for ZTE.

"It was basically going to put them out of business," Dollar said. "They rely on American technology."

Last week, the company announced that it was halting operations.

"They were a little bit blindsided," said Paul Triolo, a technology specialist at the Eurasia Group consultancy. "The Chinese reaction was pretty vociferous. ... The U.S. government shooting down the No. 2 telecommunications supplier in China at this sensitive time — it didn't look good."

Now, analysts see the outlines of a potential deal: In return for Trump's lifeline to ZTE, Beijing might agree to buy more U.S. products or take other steps to shrink America's gaping trade deficit with China — $337 billion last year.

The Wall Street Journal reported Monday that the two countries were in talks about such a potential swap: The U.S. would spare ZTE, and Beijing would drop plans to impose tariffs on U.S. farm products. Neither the White House nor the Commerce Department would comment.

The ZTE case also drives home how entwined the U.S. and Chinese economies are. The Commerce sanctions didn't just imperil ZTE; they also hurt the American companies that sell components to the Chinese company.

Still, critics charged that Trump shouldn't have intervened in the legal case against ZTE.

"This would be a truly awful deal for the U.S," Derek Scissors, a China specialist at the conservative American Enterprise Institute, wrote in a blog post. "If the accusations last year and last month are accurate, ZTE violated Iran sanctions, then further attempted to deceive the U.S. government."

Xi "would be using barriers against American agriculture to blackmail the Trump administration into accepting ZTE's behavior," Scissors said.

Trump has thrust trade policy to the center of his agenda. In addition to sparring with China, his team is in talks to rewrite the North America Free Trade Agreement with Mexico and Canada.

The timing of the NAFTA negotiations is tight: House Speaker Paul Ryan has said Congress must have an agreement by Thursday to have any hope of approving it this year.