Few analysts expect them to defuse a smoldering trade conflict with China, but it could delay the import tariffs.

Christopher RugaberJosh Boak
In this April 11, 2018, file photo, Treasury Secretary Steve Mnuchin smiles as he testifies on the FY2019 budget during a hearing of the House Appropriations Committee Subcommittee on State, Foreign Operations, and Related Programs, on Capitol Hill in Washington. Mnuchin plans to lead a delegation of American officials to Beijing next week.
AP Photo/Alex Brandon, File

WASHINGTON (AP) — When Treasury Secretary Steven Mnuchin leads a delegation of American officials to Beijing next week, few analysts expect them to defuse a smoldering trade conflict with China. Rather, the likeliest outcome is a more modest one:

That the talks could produce a delay in the series of damaging import tariffs the two nations have threatened to impose on each other's goods.

The underlying frictions that have flared between the world's two largest economies will take much longer to resolve, government officials and China experts say.

At stake are more than the American manufacturing jobs President Donald Trump vows to protect at rallies around the country. Rules that could determine which countries and which companies will dominate the tech, transportation and pharmaceutical industries for years to come are at issue. So is the state of the global economy: Any prolonged trade war would almost surely depress growth.

Larry Kudlow, Trump's top economic adviser, who will accompany Mnuchin, said it would take time to persuade China to conform to fundamental trade rules so that U.S. companies can compete without being forced to surrender their technological know-how as a price of doing business in that country, as Beijing now requires.

"This program over time, hopefully, will be negotiated out," Kudlow told CNBC on Thursday. "If it's not, then the United States, President Trump will take action."

By action, Kudlow meant the tariffs on roughly $150 billion in Chinese goods being threatened by the administration — a threat that has led China to announce its own tariffs on U.S. goods.

Beijing argues that U.S. companies have benefited from both access to its 1.4 billion people — the single largest consumer market in the world — and the investments Chinese companies have made in the United States.

"The Chinese side resolutely opposes any type of unilateralist or protectionist actions," Gao Feng, a spokesman for the Chinese Ministry of Commerce, said Thursday. "Investment by Chinese enterprises in the United States has made important contributions by increasing employment and promoting American economic development."

Trade experts see in the dueling rhetoric a desire by both the United States and China to avoid the damage that would result from the tariffs. Elizabeth Economy, director for Asia studies at the Council on Foreign Relations, said the most realistic outcome from the talks is that China would fully honor a tentative plan it crafted with Trump a year ago.

That plan emerged from a meeting Trump held at his Florida resort with President Xi Jinping. It included expanded U.S. beef exports, rules for importing cooked Chinese poultry, access to liquid natural gas from the United States and guidelines for providing financial services, among other elements.

"The outcome of (next week's) negotiation should be understood as only the first in an escalating set of moves to force real market opening in China," Economy said.

She noted that Trump has pushed what she calls a "transactional" approach to China trade policy in which he seeks "a series of short-term wins that may or may not yield a long-term gain."

Another potential scenario concerns a dispute over auto and auto parts. Beijing could offer to cut its 25 percent tariff on auto imports and make it easier for U.S. carmakers to do business in China. In a recent speech, Xi pledged to do both. China could also offer to limit its steel exports — another source of tension — or announce purchases of U.S. natural gas or other products, analysts say.

In return, the U.S. might have to drop some of its threatened tariffs.

Yet such a deal would leave unaddressed one of the Trump administration's loudest complaints about China: That its policies force companies in high-tech industries to share their innovations to gain access to China's market.

The administration has zeroed in on China's "Made in China 2025" policy, which seeks to bolster Chinese companies in such industries as semiconductors, artificial intelligence, pharmaceuticals and electric vehicles. The plan mostly involves subsidizing Chinese firms. But it also requires foreign companies to provide key details about their technology to Chinese partners.

Derek Scissors, a China economist at the American Enterprise Institute, said that persuading China to amend its Made in China policies would be a brutal battle.

"The Chinese are not going to give up their core industrial policy without a fight," Scissors said. "It's a multi-year process. You're not going to get them to change their mind without the tariffs going into effect (first)."

It's too early in the dispute for any major breakthroughs, Scissors added. None of the threatened U.S. tariffs against Beijing have taken effect.

"They're not going to give up anything important now; (the U.S.) hasn't done anything," Scissors said.

Li-Gang Liu, China economist for Citigroup, said Beijing agreed to the talks "with an aim to avert a trade war."

But Liu thinks China will insist on having its "own industrial policy" that enables it to move deeper into high tech sectors where the United States and other nations now enjoy an edge.

By competing to dominate a future of robots, electric cars, computing and other high tech sectors, the United States and China appear to be on a collision course — one that led the administration to announce tariffs in the first place and China to retaliate.

David Dollar, a senior fellow at the Brookings Institution, said the administration should focus on specific parts of the Made in China 2025 plan that are objectionable. Some elements, such as a requirement that automakers in China manufacture more electric vehicles, aren't that different from some U.S. policies.

Still, "that's not something that you would nail down in a two day trip," he said.

China sees it as a violation of its sovereignty for the United States to try to curb its economic ambitions. So even if next week's talks forestall a broader conflict, they risk hardening the fundamental gaps between the countries.

"China's logic is that it is totally unfair for the U.S. to initiate a trade war," said Song Lifang, professor at School of Economics, Renmin University. "The more pressure the U.S. is trying to exert on China, the more unyielding the Chinese government will become." 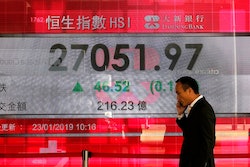 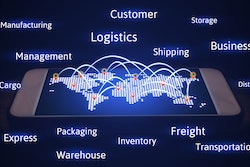 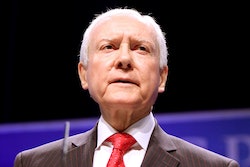