With Lights from Toys R Us Dimmed, Hasbro Sales Plunge 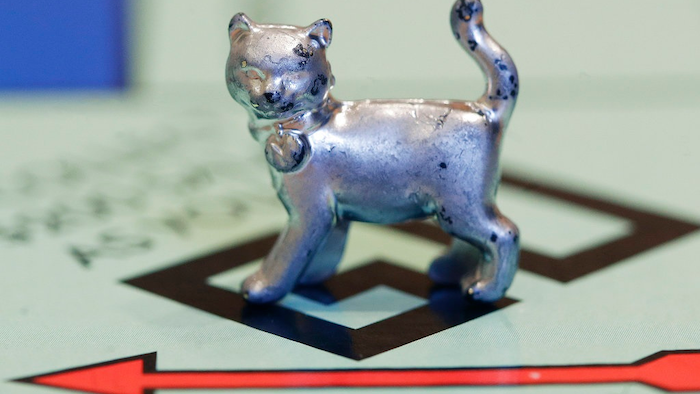 In this Tuesday, Feb. 5, 2013 file photo, the newest Monopoly token, a cat, rests on the game board at Hasbro Inc. headquarters, in Pawtucket, R.I. Hasbro Inc. (HAS) on Monday, April 23, 2018, reported a first-quarter loss of $112.5 million, after reporting a profit in the same period a year earlier.
AP Photo/Steven Senne, File

PAWTUCKET, R.I. (AP) — The repercussions from the demise of Toys R Us have begun to ripple outward beginning with Hasbro, which reported a loss and plunging revenue Monday for its first quarter.

Toys R Us, hammered by shifting consumer trends, is shuttering the 700 stores it has left, depriving Hasbro, Mattel and other toy makers of prime display space nationwide.

"We are working to put the near-term disruption from Toys R Us behind us," Hasbro Chairman and CEO Brian Goldner said in a prepared statement.

For the period ended April 1, Hasbro Inc.'s revenue dropped to $716.3 million, from $849.7 million. That's well below the $824.7 million that analysts surveyed by Zacks Investment Research forecast.

Shares tumbled more than 8 percent before the market opened and shares of Mattel Inc., which reports earnings Thursday, fell almost as much.

Adjusted for one-time costs and pretax expenses, earnings were 10 cents per share, less than a third of the 31 cents that Wall Street had expected.