France and India want to "be able to continue with new volumes and production in line with what has already been signed."

VARANASI, India (AP) — French President Emmanuel Macron says he hopes his country can sell more fighter jets and submarines to India. In a news conference Monday, Macron said France and India want to "be able to continue with new volumes and production in line with what has already been signed."

He was referring to India's purchase of six conventionally powered Scorpene submarines in 2005 and 36 Rafale fighter jets in 2016. Macron took a boat ride with Indian Prime Minister Narendra Modi on the River Ganges in Varanasi, in northeast India, Monday.

During the three-day visit by the French leader, Macron and Modi highlighted a strong alliance and cooperation in defense, security, technology, space and counterterrorism. 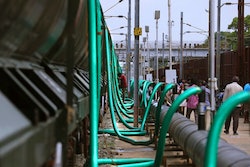 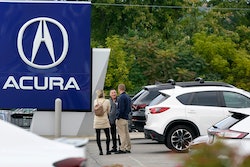