The Consumer Technology Association, which represents more than 2,200 companies, said the tariffs could cost far more American jobs than they would create.

BRUSSELS (AP) — The Trump administration's decision to impose tariffs on aluminum and steel imports drew warnings Friday from businesses and U.S. trading partners that the measure could backfire, provoking a trade war without resolving the problems it's intended to address.

President Donald Trump said the tariffs, due to take effect in 15 days, are needed to protect U.S. workers. Businesses say the 25 percent tariff on imported steel and 10 percent levy on aluminum will jack up costs, raising prices for consumers and potentially putting people out of work.

Trump has long singled out China as being unfair in its trade practices and for dumping cheap steel on the global markets, depressing prices. But experts say the new tariffs will in fact not affect China much, but rather hurt key allies like the European Union and South Korea.

The move drew consternation outside the U.S.

The Chinese government said it "firmly opposes" the move but gave no indication whether it might make good on threats to retaliate.

"These measures could make a significant impact on the economic and cooperative relationship between Japan and the U.S., who are allies," said Japan's foreign minister, Taro Kono.

The EU said it hoped to be exempt from the tariffs, like Canada and Mexico are, or that the issue might be solved in international arbitration at the World Trade Organization.

If not, the EU vowed to retaliate.

"We will have to protect our industry with rebalancing measures," said Cecilia Malmstroem, the EU Trade Commissioner, who this week confirmed that EU states are finalizing a list of U.S. goods — from peanut butter to bourbon — to hit with retaliatory tariffs.

The head of Eurofer, Europe's main steel federation, said Trump's reasons for slapping tariffs on steel and aluminum were an absurdity and that the move could cost tens of thousands of jobs across the continent.

The tariffs would cost lost trade worth $2.6 billion a year for the EU and $1.1 billion for South Korea, according to Chad Bow, senior fellow at the Peterson Institute for International Economics.

While that is not a lot for the economy as a whole, it would be painful for the individual industry.

Meanwhile, the tariffs would cost China only $689 million in trade losses, according to Bow's estimates, largely because the U.S. has already imposed duties on Chinese products.

Steel producing countries worry not just about lost sales in the U.S., but also that steel from other exporting nations will flood in.

In Asia, a large share of Japanese and Chinese steel goes to countries in the region's southeast, where booming construction and light industries are fueling strong demand for steel.

The U.S. tariffs could push producers to sell still more to Southeast Asia, depressing steel prices. That would hurt producers but boost profits of construction and other industries in Southeast Asia.

The costs to the world economy could grow further if countries impose their own tariffs on U.S. products, raising prices for goods globally and undermining economic confidence.

Some are also worried that the Trump administration might not be done imposing tariffs.

Indonesia said that while it the steel and aluminum tariffs are not a big problem for its industry, the country would be in trouble if the U.S. targeted its palm oil, a key export used in a huge number of consumer products.

"We are ready for a trade war," said Enggartiasto Lukito, the trade minister. Vice President Jusuf Kalla said the country had the option of retaliating against imports of U.S. soybeans, wheat and aircraft.

In the U.S., Gary Shapiro, president and CEO of the Consumer Technology Association, which represents more than 2,200 companies, said the tariffs could cost far more American jobs than they would create.

U.S. automakers are among the businesses with the most at stake, accounting for 38 percent of the aluminum and 15 percent of the steel consumed in the country, according to Ward's Automotive Reports.

The Alliance of Automobile Manufacturers warned the tariffs will also drive up the price of steel made in the U.S.

If the entire cost were passed to consumers, which may not be possible, it could add about $300 to the price of the average vehicle, said Kristen Dziczek, director of Center for Automotive Research's Industry, Labor & Economics Group.

The tariffs will affect a wide range of products, including high-tech gadgets, food, furniture and beverages. The Beer Institute, a trade group representing the world's largest brewers, estimates the 10 percent tariff on the aluminum encasing most beer sold in the U.S. will push costs up by $348 million annually, threatening more than 20,000 jobs in the industry.

The head of the National Retail Federation, whose members include department store chains, grocery stores and other merchants around the world, also raised objections to the tariffs Thursday, calling them a tax on all Americans.

"A tariff is a tax, plain and simple," said Matthew Shay, president and CEO of the NRF. "Consumers are just beginning to see more money in their paychecks following tax reform, but those gains will soon be offset by higher prices for products ranging from canned goods to cars to electronics."

Housing trade groups also took a dim view of the tariffs, saying the policy would raise costs and slow building at a time when the nation faces a severe shortage in homes and rental housing. 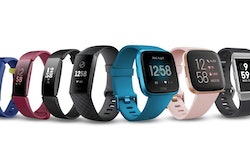 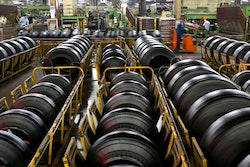 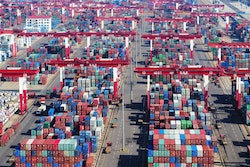