The U.S. trade deficit is $48.7 billion, the highest since January.

Paul Wiseman
This Oct. 24, 2016, photo, shows a line of cranes at the Port of Baltimore in Baltimore. On Tuesday, Dec. 5, 2017, the Commerce Department reports on the U.S. trade gap for October.
AP Photo/Patrick Semansky

The Commerce Department said Tuesday that the trade gap rose 8.6 percent in October from $44.9 billion in September. Imports hit a record $244.6 billion in October, and exports were unchanged at $195.9 billion.

A trade deficit means that the United States is buying more goods and services from other countries than it is selling them. A rising trade gap reduces U.S. economic growth.

President Donald Trump views America's massive trade deficits as a sign of economic weakness. He blames them on bad trade deals and abusive practices by China and other trade partners. Conventional economists argue that trade deficits are largely caused not by flawed trade agreements or cheating by particular countries but by a bigger economic force: Americans spend more than they produce, and imports have to fill in the gap.

So far this year, the United States is running a trade deficit of $462.9 billion, up 11.9 percent from January through October 2016. U.S. exports are up 5.3 percent this year; a weaker dollar has made U.S. goods less expensive overseas. Imports are up 6.5 percent the first 10 months of 2017.

The politically sensitive trade deficit in goods with China rose 1.7 percent to $35.2 billion from September to October and is up 7 percent this year to $309 billion.

In October, the United States ran a surplus of $20.3 billion with the rest of the world in services such as banking in tourism. But that was overwhelmed by a $69.1 billion deficit in the trade of goods.

Crude oil imports were up $1.5 billion in October. Imports of drilling and oilfield equipment climbed by $304 million, and imports of cellphones rose by $303 million. 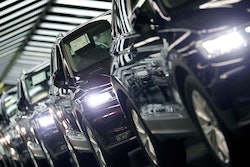 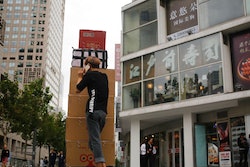