Still, the trade gap this year is running ahead of last year's level as rising consumer spending and greater business investment draws in more imports. 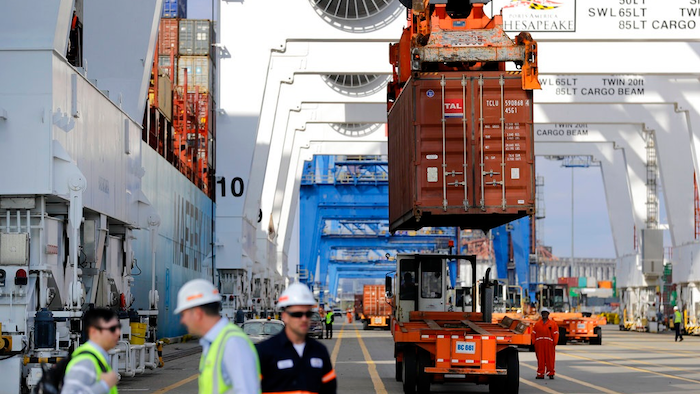 In this Oct. 24, 2016, photo, a container is unloaded from a ship at the Port of Baltimore in Baltimore. On Wednesday, Sept. 6, 2017, the Commerce Department reports on the U.S. trade gap for July.
AP Photo/Patrick Semansky

The trade deficit had narrowed in the spring as exports of U.S. computer products and farm goods rose. U.S. exporters benefited from a decline in the value of the dollar, which makes American products cheaper overseas. Solid global growth also helped, as economies from Europe to Asia to Latin America are expanding simultaneously. Exports in June were the highest in 2 ½ years.

Still, the trade gap this year is running ahead of last year's level as rising consumer spending and greater business investment draws in more imports.

A larger trade deficit typically translates into slower U.S. growth, because it means Americans are buying more goods from overseas than from the U.S.

In July, exports of chemicals, petroleum, and plastics fell. But shipments overseas of civilian aircraft jumped by $1.1 billion and exports of telecom equipment, aircraft parts, and industrial machinery rose.

At the same time, imports of meat and vegetables increased, pushing agricultural imports in July to $11.7 billion, the highest on record.

In the first seven months of the year, the trade gap rose $27.9 billion, or 9.6 percent, to $319.1 billion, compared with the same period in 2016. Imports of crude oil, computers, telecom equipment, and autos increased during that period.

The trade gap with Mexico fell to $4.9 billion from $6 billion. President Donald Trump has pushed Canada and Mexico to renegotiate the NAFTA pact, which he argues encourages American companies to relocate to Mexico.