But the trade gap between the United States and China increased sharply, underscoring economic tensions.

Martin Crutsinger
In this June, 19, 2018, file photo, an Evergreen Line refrigerated container is lifted by a ship to shore crane onto the container ship Ever Linking at the Port of Savannah in Savannah, Ga. The U.S. trade deficit dropped in May to the lowest level in 19 months as U.S. exports rose to a record level. But the trade gap between the United States and China increased sharply, underscoring the economic tensions between the world’s two biggest economies.
AP Photo/Stephen B. Morton, File

WASHINGTON (AP) — The U.S. trade deficit dropped in May to the lowest level in 19 months as U.S. exports rose to a record level. But the trade gap between the United States and China increased sharply, underscoring the economic tensions between the world's two biggest economies.

The Commerce Department said Friday that the May trade deficit — the difference between what America sells and what it buys in foreign markets — fell 6.6 percent to $43.1 billion. It was the smallest imbalance since October 2016.

For May, the America's deficit in goods with China rose 18.7 percent to $33.2 billion. So far this year the deficit totals $152.2 billion, up 9.9 perce4nt from the same period a year ago. As has been the case for decades, America's deficit with China is the largest imbalance with any country.

During the 2016 presidential campaign, President Donald Trump repeatedly attacked America's trade deficits, contending they were the result of inept U.S. negotiators striking bad deals. He pledged to correct that situation if elected and since taking office he has tried in a number of ways to force China and other U.S. trading partners to alter trade arrangements to boost U.S. export sales.

The penalty tariffs that the United States imposed Friday on China are part of an effort to confront Beijing over development tactics the administration contends include stealing or pressuring foreign companies to hand over technology.

Washington imposed 25 percent duties on $34 billion of imports from China in the first in a possible series of increases that Trump says could affect up to $550 billion of Chinese goods. China announced that its retaliatory tariffs had also taken effect.

The Communist Party newspaper People's Daily said they were imposed on a $34 billion list of goods issued that included soybeans, pork and electric vehicles. Washington has "ignited the biggest trade war in economic history," China's Commerce Ministry said in a printed statement.

The U.S. trade report said that the rise in American exports to an all-time high included a near doubling in exports of soybeans, apparently an effort by farmers to get shipments to China before the tariffs took effect.

In addition to the battle with China over technology, the administration has imposed penalty tariffs on China and other countries in an effort to protect U.S. producers of steel and aluminum. Trump has vowed to bring down America's massive deficits, which he blames on bad trade agreements and abusive practices by U.S. trading partners.

In addition to a jump in exports of soybeans in May, sales of commercial airplanes and industrial engines also rose.

On the import side, imports of telecommunications equipment and computers saw big gains.

The United States ran a $22.7 billion surplus in May in the trade of services such as education and banking. But that was offset by a $65.8 billion deficit in the trade of goods. 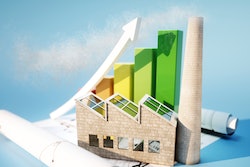 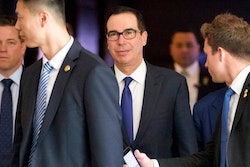 Trump to China: Reduce Trade Deficit by $200B 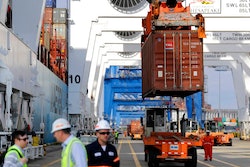