The data suggests that economic growth could remain sluggish. 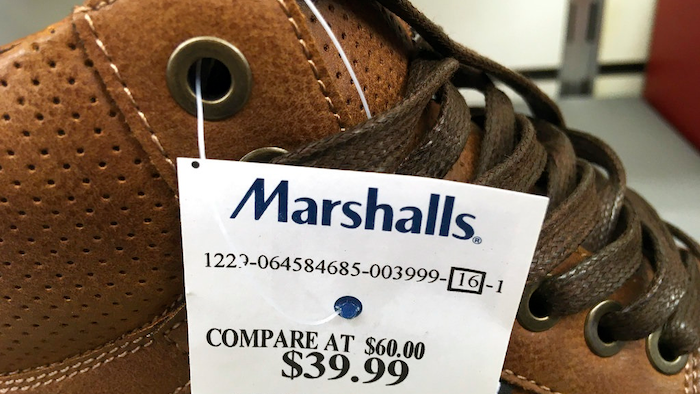 This Tuesday, May 16, 2017, photo shows a price tag on a pair of shoes for sale at a Marshalls store, in Methuen, Mass. On Friday, July 14, 2017, the Commerce Department releases U.S. retail sales data for June.
AP Photo/Elise Amendola

WASHINGTON (AP) — Americans curtailed their shopping in June, with less spending at restaurants, department stores and gasoline stations. The spending pullback came despite a healthy job market and suggests that economic growth could remain sluggish.

Retail sales fell 0.2 percent after declining 0.1 percent in May, the Commerce Department said Friday. Spending at retailers has grown 2.8 percent over the past 12 months, a relatively modest pace given that the sales figures aren't adjusted for inflation.

Michael Dolega, a senior economist at TD Bank, called the report "a disappointment as far as the resilience of the consumer is concerned."

The decline reflects in part a transformative shift by consumers toward Amazon and other online retailers. Sales at department stores, once the anchors of shopping malls and the pride of local communities, have dwindled. The rise of online shopping has left more retailers competing on price or striving to offer deeper discounts — factors that can limit overall sales figures.

Even former sources of strength in retail, like restaurants and auto dealers, have faced weakening sales in recent months.

The spending figures are closely watched because consumers account for roughly 70 percent of U.S. economic activity. If their spending slows, it can drag down growth across the broader economy.

The economy has expanded at a tepid annual pace of roughly 2 percent since the Great Recession ended eight years ago. President Donald Trump has pledged to elevate that rate above 3 percent. But it's doubtful he can do so without a jolt in retail spending that would reflect greater consumer confidence and sustained income gains.

Sales slipped 0.6 percent at restaurants and bars in June. They fell 0.7 percent at department stores and 1.3 percent at service stations, likely because of lower gasoline prices.

Despite the slight improvement of sales by auto dealers, overall motor vehicle sales, which can include purchases by rental car companies, fell 3 percent in June.