Sales at retailers slipped in the first two months of this year as consumers pulled back after heavy spending during the winter holidays. Last month's figures suggest Americans are returning to more free-spending ways. Easter holiday purchases also likely lifted spending. Economists predict that healthy consumer confidence, steady job gains and the impact of tax cuts will fuel solid spending growth in the months ahead.

Analysts were a bit disappointed by the March figures. Many had expected a stronger bounce-back. Excluding autos, sales were up just 0.2 percent.

"In short, a solid gain, but if anything a bit weaker in the key details than generally expected," said Jim O'Sullivan, chief U.S. economist at High Frequency Economics.

Online retail sales increased 0.8 percent in March and have risen nearly 10 percent compared with a year ago. That's more than double the overall retail sales gain in the past 12 months of 4.5 percent.

Retail sales are closely watched by economists because they provide an early read on consumer spending, the principal driver of the U.S. economy. Store purchases account for about one-third of U.S. consumer spending, while spending on services such as haircuts and mobile phones plans makes up the other two-thirds.

O'Sullivan estimates that consumer spending grew at just a 1 percent annual pace in the first quarter. The slowdown follows a 4 percent jump in consumer spending in the final three months of last year, the strongest gain in three years.

Economists forecast overall economic growth slowed to below 2 percent at an annual pace in the first quarter, after a 2.9 percent gain in the fourth quarter. But most expect it will rebound in the second quarter and top 3 percent. 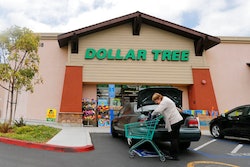 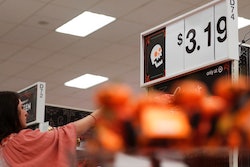 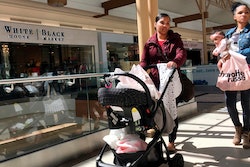 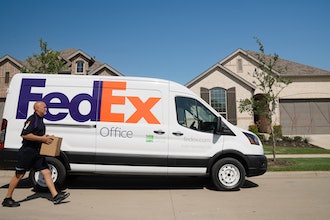