Opioid Prescriptions Down in the U.S., but Not Everywhere

Although the amount of opioids prescribed is down 18 percent nationwide, some areas are six times higher than local averages. 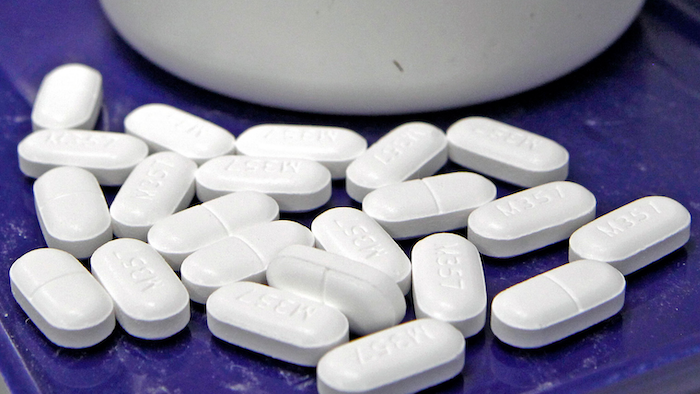 NEW YORK (AP) — Overall opioid prescription rates have been falling in recent years, but the powerful drugs have become more plentiful in more than than 1 in 5 U.S. counties, a report released finds.

The amount of opioids prescribed fell 18 percent between 2010 and 2015. But researchers found local differences, with opioid prescribing six times higher in some counties than others. Rates vary "as much from place to place as the weather," said Dr. Anne Schuchat, acting director of the U.S. Centers for Disease Control and Prevention.

It's the latest to show a decline in opioid prescribing as regulators and others have pushed doctors to cut back on issuing narcotic painkillers. The CDC last year issued the first guidelines to doctors aimed at discouraging prescribing opioids except in cases where they are most needed, like cancer and end-of-life care.

Prescription opioids are behind the deadliest drug overdose epidemic in U.S. history. More than 52,000 Americans died of overdoses in 2015 — an all-time record — and experts believe the numbers have continued to rise. More and more overdose deaths are from heroin and illicit fentanyl, but the epidemic was triggered by an explosion in prescriptions of powerful painkillers that began about 20 years ago.

The new CDC report analyzed prescriptions from 59,000 pharmacies around the country collected by QuintilesIMS, a pharmaceutical analytics company. Because opioids come in different strengths, researchers came up with a standard measure to account for all kinds of opioids by comparing to morphine, one of the oldest opioids that's not as powerful as some of the painkillers prescribed today.

Overall, the amount of opioids prescribed nationally peaked at the equivalent of 782 milligrams of morphine per person in 2010 and fell to 640 in 2015. That's an improvement, but it's still three times higher than it was in 1999, Schuchat said. Prescribing declined in about half of U.S. counties between 2010 and 2015, but rose in many others. Closing pill mills and other factors may have shifted rates from place to place, researchers said.

State policies designed to cut opioid prescribing may have also played a role. For example, Ohio, Kentucky and Florida require doctors to check a drug history database before prescribing opioids to patients, the CDC said.

The report's data reflect where people got their prescriptions and not necessarily where they live. Higher prescribing rates were seen in counties with more medical offices and pharmacies, sometimes serving surrounding rural areas. Rates also seemed to be high in places with concentrations of people who are white, unemployed, and without health insurance or on Medicaid.