He says he will use an executive order. 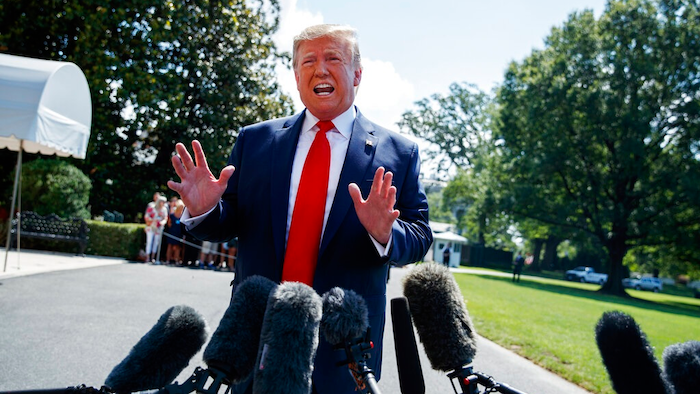 President Donald Trump talks to reporters on the South Lawn of the White House before departing for his Bedminster, N.J. golf club, Friday, July 5, 2019, in Washington.
AP Photo/Evan Vucci

WASHINGTON (AP) — President Donald Trump is promising an executive order that he says is intended to enable the U.S. government to pay lower prices for prescription drugs.

Trump says his administration soon would announce a "favored-nations clause," where the amount paid by the government for a particular drug would not exceed the lowest amount paid by other nations or companies.

Prices in other countries are often lower because governments directly negotiate with manufacturers.

Trump mentioned his proposal when speaking with reporters before departing the White House for New Jersey, but he provided no other details.