Sikorsky will manufacture dozens of critical and low demand components for helicopters in operation since 1969. 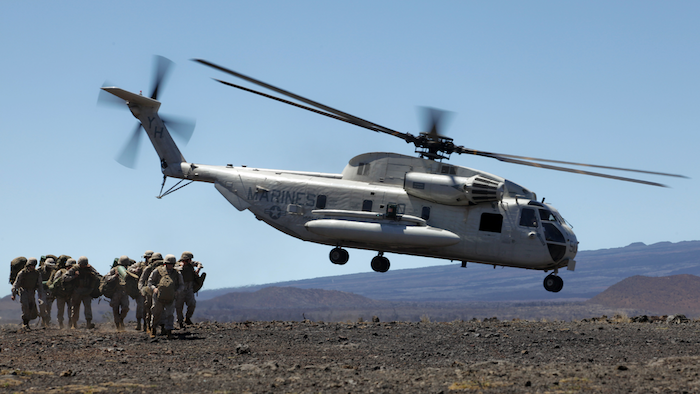 Israel's Ministry of Defense has signed an agreement with Sikorsky, a Lockheed Martin company, to supply spare parts and associated engineering services in support of the CH-53D heavy lift helicopters operated by the Israeli Air Force (IAF) since 1969.

Intended for a duration of seven years, the comprehensive program will allow Sikorsky to manage and source its supply chain for CH-53D parts that are either obsolete or in diminishing supply.

"This program will ensure that the IAF can overcome a growing shortage of hard-to-acquire components for its CH-53D fleet to help improve mission readiness well into the next decade, and thereby extend operational life beyond the half century mark," said Bill Gostic, vice president of Sikorsky Global Military Systems & Services. "Sikorsky will work across its supply chain to manufacture dozens of critical and low demand components that we or our suppliers have stopped making, with the added guarantees of supply quantity, consistency of quality, and price stability."

Sikorsky will work with its U.S. supplier base to produce more than 80 distinct part numbers to Sikorsky quality standards into the mid-2020s. Many of the parts listed in the contract are found in the dynamic sections of the aircraft, such as the gearbox and transmission.

Israel acquired its fleet of two engine CH-53D heavy lift helicopters in 1969 and early 1970s. Designated Yas'ur by the Israeli Air Force, the helicopters have carried troops and heavy equipment into battle zones, served in a casualty evacuation role, and even taken part in electronic warfare missions.

The Israeli Air Force remains the only D model operator in the world, although the model is similar in design to the CH-53G aircraft still operated by the German Air Force.