Local officials said the jobs will be a major boost for an area that is still feeling the effects of the closure of a Sanyo television plant.

Shandong Ruyi Technology Group said it would begin renovating the 1.4 million-square-foot former Sanyo factory in Forrest City later this year into a facility where Arkansas cotton will be spun into yarn for textile use. The Sanyo factory has been vacant since late 2007, when the company shut down production.

"This is not only great for Arkansas, but it's ... going to give an economic boost to a region that deserves it and has worked very hard for it," Gov. Asa Hutchinson said at a news conference with company officials at the state Capitol.

Production is expected to begin at the new facility by mid-2018, and the company plans on processing more than 200,000 tons annually of Arkansas cotton. Arkansas is providing up to $4 million in cash incentives and $11 million in payroll rebates. The company will also receive sales tax refunds on building materials, taxable machinery and equipment associated with the project. The project is also receiving about $1 million in local incentives.

"Our manufacturing facility in Arkansas will become the first milestone of Ruyi's steps into the United States," Yafu Qiu, the company's chairman, said in a statement. "We are dedicated to provide the product with cutting edge technology and superior quality."

The plant is the fourth major economic development with a Chinese company Arkansas has announced since Hutchinson took office in 2015. Other projects include a $1 billion Sun Paper mill in south Arkansas and a $20 million garment factory in Little Rock. Hutchinson has visited China twice on trade missions since taking office.

A state economic development spokesman said the new jobs will be created over the next four years, with about 480 expected in the first two years. The jobs are on average expected to pay $15.25 an hour. Local officials said the jobs will be a major boost for a region that has struggled economically for years and is still feeling the effects of the Sanyo plant's shuttering.

"It's just a far reaching detriment to the community when you lose something of that size," Democratic state Rep. Reginald Murdock, whose district includes Forrest City, said. "This will be a major, major infusion bringing this back." 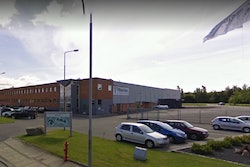 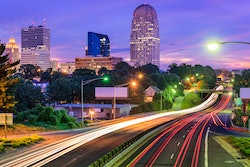