Gas Prices for Thanksgiving are Second-Lowest in 8 Years

AAA forecasts 48.7 million people will be traveling 50 miles or more for the holiday this year - the most since 2007. 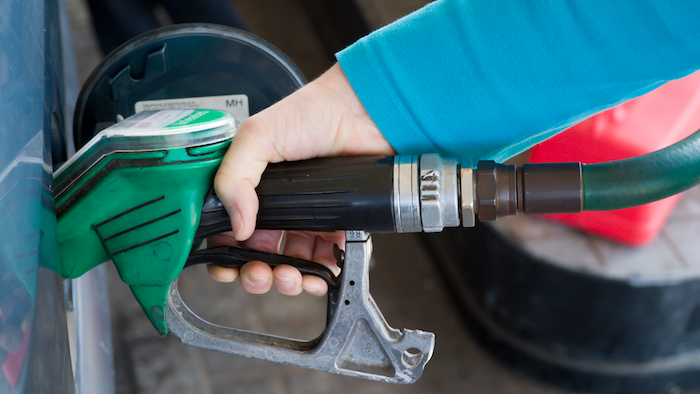 According to a report from GasBuddy.com and the U.S. Energy Information Administration, U.S. retail regular-grade gasoline prices are averaging $2.16 per gallon heading into the holiday weekend. This is up six cents per gallon from the same time last year, and is the second-lowest price since 2008, when the national regular gasoline price averaged $1.89/g on the Monday prior to Thanksgiving.

The Thanksgiving holiday weekend is one of the heaviest travel times of the year. AAA forecasts 48.7 million people will be traveling 50 miles or more for the holiday this year, over one million more travelers than last year and the most since 2007. Of the 48.7 million total travelers, AAA expects that 43.5 million of them will drive, an increase of 1.5 million over last year.

Gas prices across the country reflect differences in taxes, fuel specifications, and regional market supply and demand balances. Based on data for the selected major metropolitan areas surveyed in EIA's Gasoline and Diesel Fuel Update, retail gasoline prices as of November 21 range from a low of $1.88/g in Houston to $2.76/g in Los Angeles.

In 2016, gasoline prices in the East Coast region as a whole remained relatively stable, despite several disruptions caused by Hurricane Matthew and two separate incidents on the Colonial Pipeline. The Torrance refinery in California returned to operation in May and contributed to the West Coast average gasoline price declining from 50 cents per gallon above the national average (January–May) to 41 cents above the national average (May–November).

Gas prices continue to be closely linked to crude oil prices. Total petroleum and other liquids production continues to outpace consumption globally, resulting in growing inventories and downward pressure on prices. The spot price for Brent, a key global crude oil benchmark, was $45.96 per barrel as of November 21, $3.47 per barrel below the price from the same time in 2015.

EIA’s November Short-Term Energy Outlook forecasts that both crude oil and gasoline prices will continue to decrease in the coming months, with U.S. average gasoline prices reaching a low of $1.97/g in January 2017. Retail gasoline prices are forecast to average $2.27/g in 2017, compared to $2.13/g in 2016.

Matt French was the principal contributor to this report.