Dealers sold 2.3 million cars, minivans and SUVs in the world's biggest auto market, according to the China Association of Automobile Manufacturers. 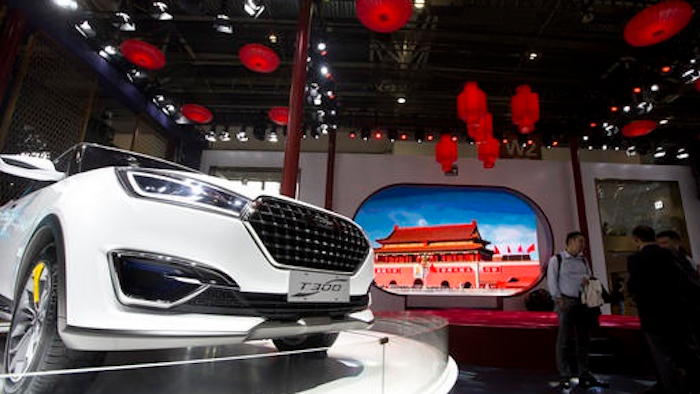 Dealers sold 2.3 million cars, minivans and SUVs in the world's biggest auto market, according to the China Association of Automobile Manufacturers. Total vehicle sales including trucks and buses climbed 18.6 percent to 2.6 million units.

Sales growth plunged last year, slamming global brands that look to China to drive revenue. They rebounded after Beijing suspended a sales tax, though growth is expected to drop back to single digits after the tax cut expires at the end of the year.

Total auto sales for the first 10 months of the year rose 15.4 percent over the same time last year to 19.1 million.

General Motors Co. said sales of GM-brand cars by the company and its Chinese manufacturing partners rose 5.7 percent in October to 345,733. This year's sales to date rose to just over 3 million units.