The settlement follows news that EpiPen has been incorrectly classified since late 1997 as a generic product under the Medicaid health program for the poor and disabled. 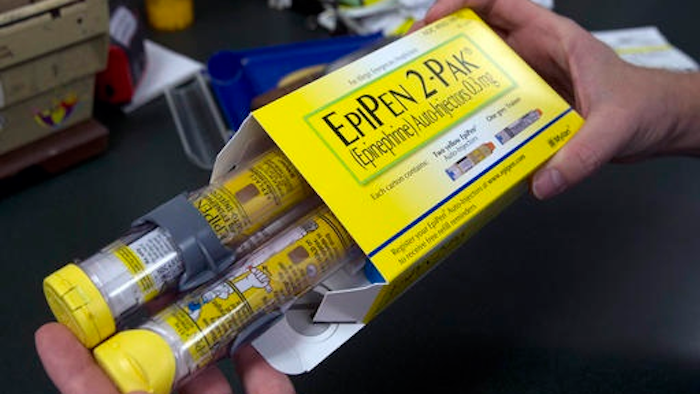 Drugmaker Mylan will pay $465 million to settle allegations that it overbilled Medicaid for its life-saving EpiPen, ending one of the controversies over the soaring price of the emergency allergy injection.

The settlement with the Department of Justice follows news that EpiPen has been incorrectly classified since late 1997 as a generic product under the Medicaid health program for the poor and disabled.

However, the federal government says EpiPen is a branded drug, meaning Mylan should have been paying Medicaid a far higher rebate under the government's complex pricing rules. Drugmakers are required to pay Medicaid rebates of just 13 percent for generic products it purchases, versus a 23.1 percent rebate for brand-name drugs, which cost far more.

Members of Congress have recently grilled the Centers for Medicare & Medicaid about the discrepancy and whether it was taking any action, attention that apparently resulted in the settlement announced late Friday.

"I am glad the Department of Justice pursued this so quickly, since the misclassification was an outrage," Sen. Amy Klobuchar, D-Minn., said in a statement. Klobuchar and several colleagues had requested an investigation by the Justice Department and other federal agencies.

Mylan has become the latest poster child for pharmaceutical industry price-gouging, for hiking the price of a pair of EpiPens from $94 in 2007, when it acquired the product, to $608 this year, despite making no substantive improvement to EpiPens over that stretch. Meanwhile, analysts and others have estimated that it costs less than $10 to produce one EpiPen.

Government health programs, particularly Medicaid, are major purchasers of EpiPens. The amount Medicare and Medicaid spent on EpiPens rose to $486.8 million in 2015 from $86.5 million in 2011, a jump of 463 percent.

While EpiPens have some competition, they're so well known that they hold more than 90 percent of the market for epinephrine auto-injectors, which are jabbed into the thigh to halt runaway allergic reactions to insect bites and stings and foods such as nuts and eggs.

Multiple members of Congress have been investigating the exorbitant price hikes, and Mylan CEO Heather Bresch was called on the carpet for the price increases at a Sept. 21 hearing of the House Oversight and Government Reform Committee. It was later discovered that Bresch incorrectly claimed her company only made a $100 profit on a pair of EpiPens, when the real profit was significantly higher.

Besides paying Medicaid a too-low rebate on EpiPen purchases, CMS said Thursday that Mylan hasn't been paying Medicaid a second rebate that's required whenever the price of a brand-name drug price rises more than inflation. The price of an EpiPen pack rose 23 percent a year on average between 2007 and 2016. Inflation has averaged less than 2 percent a year over the same period.

On Friday, Mylan said in a statement that the proposed settlement resolves all potential federal and state government claims and doesn't provide a finding of wrongdoing on the part of the England-based company.

"This agreement is another important step in Mylan's efforts to move forward and bring resolution to all EpiPen Auto-Injector related matters," Bresch said in the statement.

Mylan, which has its operational headquarters outside Pittsburgh, lowered its 2016 guidance for adjusted earnings per share by 15 cents, to a new range of $4.70 to $4.90 per share. That's below the average analyst estimate of $4.95 per share compiled by FactSet.

Mylan said the reduced forecast is partly because of the upcoming launch of generic EpiPens, which Mylan has said will cost about $300.

Shares of the company jumped more than 10 percent in after-hours trading.