Improved forensics tools, including the ability to use narcotics chemical signatures to narrow down possible manufacturers, will increase the chances of an arrest. 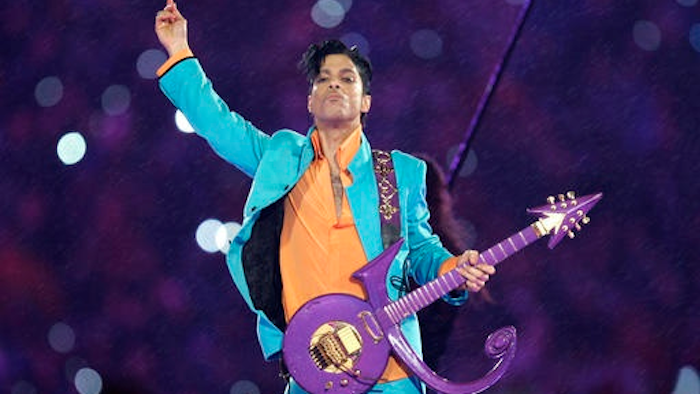 MINNEAPOLIS (AP) — The disclosure that some pills found at Prince's Paisley Park home and studio were counterfeit and contained the powerful synthetic opioid fentanyl strongly suggests the pills came to the superstar musician illegally.

But exactly how Prince obtained the drugs is still unknown, four months after he collapsed in an elevator on April 21 and died of an accidental fentanyl overdose. Authorities have so far revealed little about their investigation, saying it's active and moving forward.

Former prosecutors and defense attorneys who are familiar with drug investigations say it's likely someone will be prosecuted, whether or not Prince knew he was consuming illegal drugs.

"They will not say it was just Prince's fault and let it go at that," said Phil Turner, a former federal prosecutor in Chicago now in private practice.

An official close to the investigation told The Associated Press on Sunday that some of the pills found at Paisley Park were falsely labeled as a common generic painkiller similar to Vicodin but actually contained fentanyl. The official, who spoke on condition of anonymity because of the ongoing investigation, also said that records show Prince did not have a prescription for any controlled substances in Minnesota in the last 12 months.

The only way to get fentanyl — a synthetic opioid that is 50 times more powerful than heroin — is through a legal prescription, or illegally from the black market, said Joe Tamburino, a Minnesota defense attorney.

"When you have weird stamped pills in aspirin bottles, sometimes things are what they seem, which is illegally obtained controlled substances," Tamburino said. "How he got them? Who knows."

Fentanyl has been responsible for a surge in overdose deaths in some parts of the country. When made into counterfeit pills, users don't always know they're taking fentanyl, increasing the risk of fatal overdose.

Tamburino, who is not connected to the Prince case, said investigators will likely talk to those close to Prince, and they'll also search the computers, phones and communications of Prince and his associates, to see whether the pills were purchased online. Those searches would typically involve examining text messages, Instagram messages and other communications.

"This is not to say the people close to him are guilty — we have no idea of that. But that's where it would start," Tamburino said. He also added that investigators are probably looking at security footage from Paisley Park, if any exists, to see who might have been going to and from the studio.

Gal Pissetzky, a defense attorney in Chicago, said there are many ways Prince could have obtained the drugs: from a close adviser or friend, from a dealer on one of the stops he made as he was on tour, or over the Internet. He added that investigators might also use cellphone data to track Prince's whereabouts.

If someone gave Prince the drug that killed him, that person could face a third-degree murder charge, punishable in the state of Minnesota by more than 12 years in prison, Tamburino said.

In addition, any illegal operation that involved making and dealing fentanyl could open many people up to a host of drug charges, from trafficking to conspiracy. Because the sale resulted in Prince's death, it would increase the chances that someone could get the maximum sentence of life in prison if convicted, Turner said.

Turner said he believed there was a good chance someone will eventually be charged. Improved forensics tools, including the ability to use narcotics chemical signatures to narrow down possible manufacturers, also increase the chances of arrests.

If China- or Mexico-based producers were involved, American authorities may have to focus on a dealer or doctor in the U.S. who supplied the drugs knowing the substance was illegal, Turner said. But U.S. agents can and do go after suspects based in countries not inclined to closely cooperate with law enforcement here, such as China.

The drugs could also be made by people who are not associated with cartels. Enticed by big profits, small-time drug dealers are buying pill presses online and using low-cost fentanyl powder from China to make fake pills, according to a July 2016 Drug Enforcement Administration intelligence brief.

Dealers unaffiliated with drug cartels can buy a kilogram of fentanyl powder for a few thousand dollars from a Chinese supplier and turn it into hundreds of thousands of counterfeit pills for millions of dollars in profit.

But inexperience has a cost. The small-time operators aren't mixing fentanyl correctly and turning out pills with varying strengths, some containing three times a lethal dose. "Such wide disparity in dosing reveals that the producers were likely new to incorporating fentanyl in pill production, as the fentanyl was not thoroughly mixed with the other powders before binding and pressing into pills," the DEA brief said.

Pissetzky said news of the falsely labeled drugs tells him that the pills did not come from a doctor.

"There's a big, big black market for counterfeit drugs. When people buy these, they don't personally know, many times, that they are not the real thing, and that's when you get overdoses," Pissetzky said.