In very different ways and decades apart, the automotive landscape saw some unique shifts with Corvette and Smart vehicle introductions. 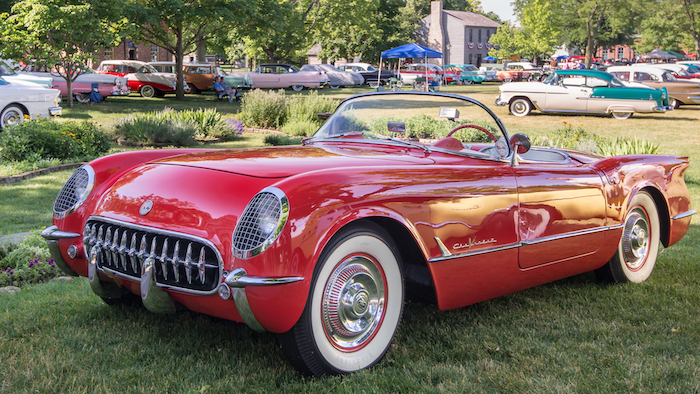 In very different ways the automotive landscape saw some unique shifts on June 28. The first was in 1953 when workers at a Chevrolet plant in Flint assembled the first Corvette. The two-seat sports car rolled off the assembly line two days later, one of just 300 Corvettes made that year.

The second was in 2006 when DaimlerChrysler announced that the company was bringing the Smart Brand to the U.S.

The idea for the Corvette originated with GMs’ Harley J. Earl, who began developing plans for a low-cost American sports car that could compete with Jaguars and Ferraris. In January 1953, GM debuted the Corvette concept at an auto show in New York.

The car, which featured a fiberglass body and a six-cylinder engine, was original dubbed Opel, but took on the Corvette name in homage to naval vessels that were widely celebrated during and after World War II.

Hand-assembled, these first models featured a white exterior with red interior, two-speed Powerglide automatic transmission, wraparound windshield, whitewall tires and detachable plastic curtains instead of side windows. Designed to be opened from the inside, they actually lacked exterior door handles.

The car carried an initial price tag of $3,490 and could go from zero to 60 in 12 seconds – average for that time. Although initial sales were lackluster and GM considered discontinuing the model, Ford’s introduction of the Thunderbird at the same time seemingly fortified GM’s resolve to stick with the Corvette.

In 1955 the Corvette was married to a more powerful V-8 engine, and the rest is history. Corvette is the world’s longest-running, continuously produced passenger car, with approximately 1.56 million having been produced since production began 63 years ago today.

Smart is actually an acronym for Swatch Mercedes ART. The infamous small car began as a joint venture between Swatch, the maker of colorful plastic watches, and Mercedes-Benz. The result of this collaboration was the Smart ForTwo, which measured just over eight feet from bumper to bumper and was marketed as a fuel-efficient option for easier maneuvering on narrow, crowded city streets.

The ForTwo debuted at the Frankfurt Motor Show in 1997 and went on sale throughout Europe the next year. Despite its popularity among urban Europeans, Smart posted significant losses – possibly over $5 billion – and Swatch soon pulled out of the joint venture.

Despite these setbacks, Mercedes decided to give the North American market a shot, launching the Smart in Canada in 2004. Two years later, it was launched in the U.S, syncing with significant spikes in fuel prices. Smart was designed to achieve 40 plus miles per gallon under normal driving conditions.

Though early interest in the Smart resulted in an estimated 30,000 models sold by September 2007, interest waned due to the introduction of hybrids, competition from the sportier Mini Cooper, and recent declines in gas prices. The model remains popular in other parts of the world, but has never captured the market share its creators sought in the U.S.