Homebuilder Sentiment Steady in May

Builders' outlook for sales over the next six months increased to the highest level since December. 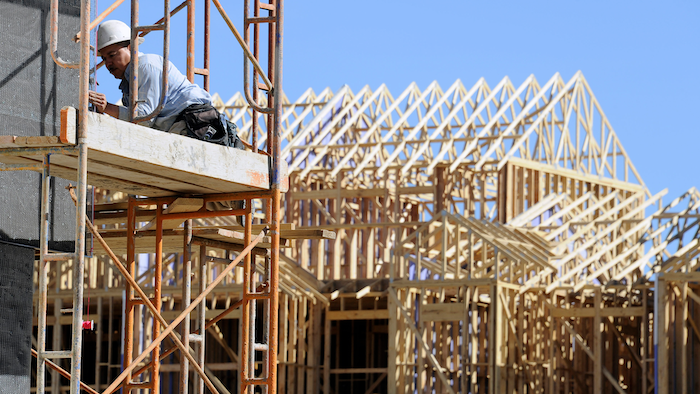 In this file photo, a carpenter works on the siding of a new townhouse. On Monday, May 16, 2016, the National Association of Home Builders/Wells Fargo releases its May index of builder sentiment.
AP Photo/Pat Sullivan, File

U.S. homebuilders' confidence held steady in May for the fourth month in a row, reflecting an overall optimistic outlook for the new home market even as the pace of sales has slowed recently. The National Association of Home Builders/Wells Fargo builder sentiment index released Monday was unchanged at 58.

Readings above 50 indicate more builders view sales conditions as good, rather than poor. The index had been in the low 60s for eight months until February.

Builders' view of current sales and a measure of traffic by prospective buyers held steady. Builders' outlook for sales over the next six months increased to the highest level since December.

The U.S. housing market looks more tempered after strong growth in 2015. Sales have declined in the first three months of the year.