Ford, Nissan and FCA all posted historic SUV sales totals, which leads some to believe that 2016 could be another record year for the U.S. auto industry. 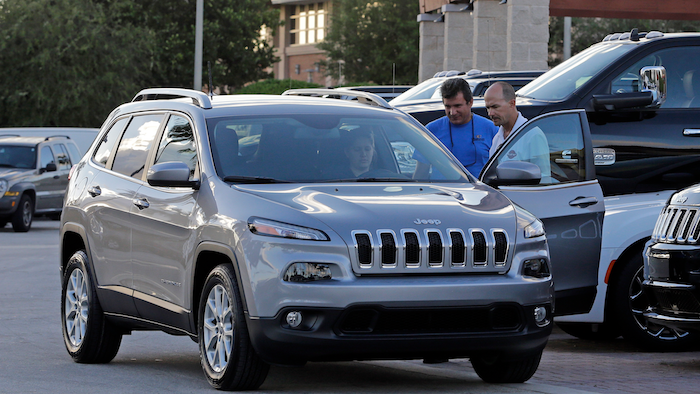 Ford Motor Co. sold more than 65,000 SUVs, the best April in company history, led by the Explorer with a 22 percent increase. At Nissan Motor Co., cars and SUVs pushed sales up, while Fiat Chrysler was led by a 17 percent increase in sales of Jeep SUVs. It was FCA US LLC's best April since 2005.

Analysts expect U.S. sales of new cars and trucks to be up four percent over last April when companies are done reporting figures. Car-buying site Edmunds.com predicts April sales of more than 1.51 million, beating the previous record for the month set in 2005. Most major automakers were expected to see sales increases except for GM and Volkswagen AG, which is struggling with an emissions cheating scandal.

The strong showing for April — traditionally a month of calm before the hot summer selling season — indicates that 2016 could be another record year for the U.S. auto industry, said Jessica Caldwell, Edmunds' director of industry analysis. U.S. auto sales hit a record of 17.5 million last year.

As sales reach those historic peaks, however, the overall pace of growth is slowing. Two years ago, for example, April sales jumped eight percent, or double last month's expected pace. J.D. Power and Associates predicted that April sales this year would run at an annual rate of 17.6 million.

For now, the sales outlook is still mostly sunny. Consumers are on track to spend more than $36.9 billion on new vehicles in April, surpassing the previous record for the month set last year, according to J.D. Power and LMC Automotive.

But there are some worrying trends for the industry.

Buyers are flocking to SUVs and trucks, which might force manufacturers to offer big discounts on cars to move them off lots. That's good for buyers in the short term, but incentives can flood the market with cars and hurt resale values. At Fiat Chrysler, car sales fell eight percent for the month. Sales of the Chrysler 200 midsize car tumbled 60 percent to around 7,600. Ford's car sales fell 12 percent.

John Humphrey, senior vice president of J.D. Power, said consumers will spend more on new cars and trucks than any other April on record. But slowing growth, the shift away from cars and rising fleet sales "pose significant challenges to manufacturers as they compete in the marketplace."