As automakers increase the use of turbocharging to comply with fuel economy standards, the sale of premium gas is projected to increase. 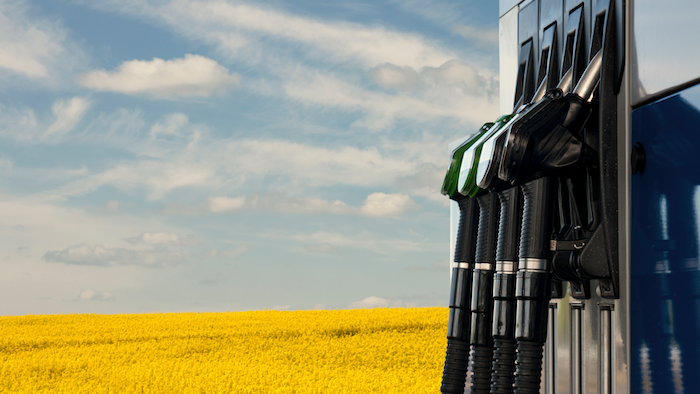 Since 2013, premium gasoline sales have steadily increased, reaching 11.3 percent, the highest level in over a decade, in August and September 2015. While lower gasoline prices may be supporting some demand for premium gas, the trend could also stem from changes in fuel requirements for light-duty vehicles (LDV). These requirements are in response to increasing fuel economy standards.

The latest Corporate Average Fuel Economy regulations, which were finalized in October 2012, set automaker LDV fuel economy for model years 2017-21 at a range of 40.3-41 miles per gallon (mpg), with standards for model years 2022-25 rising to 48.7-49.7 mpg. To meet these standards, automakers are implementing a wide range of technical solutions to improve fuel economy.

These solutions include, but are not limited to, weight reduction, conventional engine and transmission efficiency improvements, better aerodynamics, and further development and sale of hybrids and electric vehicles. Of particular significance is the trend of engine downsizing, coupled with turbocharging.

Smaller turbocharged engines can be used to raise fuel economy while meeting or exceeding the power and torque of larger engines, allowing engine downsizing and improved fuel economy with little or no performance compromise. Turbochargers work by using a turbine driven off the exhaust gas to pressurize the intake air. The pressurized intake air allows a turbocharged engine to produce more power in comparison with a naturally aspirated engine of the same size.

Because turbocharging forces more air into the combustion cylinder, it increases cylinder pressure and compression. However, because of increased compression there is an increased risk for engine knocking and damage. Therefore, turbocharged engines typically require more design and operational features.

The octane rating of gasoline is an indicator of its resistance to spontaneous combustion. The higher the octane rating, the greater the resistance to pre-ignition, the fundamental cause of engine knock. This is why premium fuel has historically been required in performance and luxury vehicles.

In model year (MY) 2009, turbocharged vehicles accounted for 3.3 percent of new gasoline-fueled LDV sales. By MY 2014, their share was up to 17.6 percent. This trend is expected to continue, and turbocharged engines are projected to account for 83.3 percent of the LDV market by 2025.

As automakers produce more vehicles with turbocharged engines, it is likely they will recommend or require more LDVs to use higher-octane gasoline. Engine models that require premium gas are designed to operate only on that fuel, as the use of regular gasoline risks damaging the engine. Engine models with premium gasoline recommended will achieve full performance levels using only the higher-octane fuel, but the use of lower-octane fuel will not compromise engine integrity.

So as automakers increase the use of turbocharging to comply with fuel economy standards, the sale of premium gas is projected to increase.

This information was summarized from the Energy Information Administration’s (EIA) This Week in Petroleum Report. To view the full report, click here.