Despite a $27M fine, a half-million recalled vehicles, and over 150 fires, Marine Raiders still rely on this ATV.

Last spring, we discussed the difficulties that off-road vehicle manufacturer Polaris was having with its line of RZR all-terrain vehicles.

In fact, since 2013 the company has recalled more than a half-million of the ATVs due to fires, rider injuries and one death. These issues were all tied to defective heat shields that have plagued the vehicle’s ability to operate safety for more than six years.

Polaris was so slow to address the issue, other than continually recalling the RZR, that in 2017 the Consumer Products Safety Commission finally had enough and fined Polaris $27 million for failing to notify the agency in a timely manner of the heat shield issue, even though Polaris had good information on the defects and risks to riders.

However, despite over $340 million in warranty costs, the aforementioned fine, over 150 fires, 11 rider burns, one death and a 10-acre wildfire being attributed to the unsafe operational condition of the Polaris RZR, one organization has continued to stand by the vehicle and use it around the world.

That group is the United States Marine Corps.

According to a recent report on Military.com, Marine Corps Special Operations Command continues to outfit their Radiers with the MRZR, a military version of the RZR, for training and real-world missions.

The gas and diesel-powered vehicles can carry between 1,000 and 1,500 pounds. Unarmored, the four available models can transport up to six people.

One of the more prominent uses of the MRZR has been outfitting it with an anti-drone weapons system called the Light Marine Air Defense Integrated System, or LMADIS. And while this combo was recently credited with knocking out Iranian drones, some of those troubling safety issues have begun to materialize.

While the Corps has yet to record a fire, earlier this year a Marine was killed when his MRZR rolled over. Two others were injured in the crash, which remains under investigation.

Despite this recent incident and the troubling history of the ATV, the Marine Corps has stated that they have no plans to move away from the MRZR.

Supplier Made $20M Despite Being Fined, Convicted

The Ultraviolet Light Most Effective at Killing Coronavirus 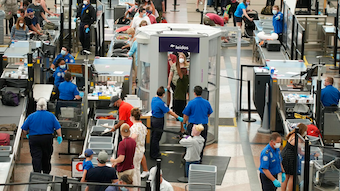 The explosion was caused by a failure during the production process.
Oct 25th, 2021

Four people in different states came down with a serious tropical disease even though none had traveled internationally.
Oct 25th, 2021

The material inside the containers prevented the ship’s crew from spraying cold water on the fire.
Oct 25th, 2021

At least 19 people in the U.S. and 28 worldwide have been killed by exploding Takata inflators.
Oct 21st, 2021

OSHA said a 64-year-old plant worker was struck by a forklift driven by an employee who wasn't trained on it.
Oct 20th, 2021
Follow Us
Most Recent