The ability to leave no signs of arrival could be key to the success of many covert missions.

Advancements in aerospace design technology has allowed the U.S. military to get really efficient at transporting people, equipment and supplies. However, many of those same technologies also make it really difficult to do those things without being detected.

Recently, a collection of researchers from Georgia Tech University, in cooperation with the Defense Advanced Research Projects Agency, or DARPA, has developed a material that could provide a solution.

Paul Kohl, a professor in the School of Chemical and Biomolecular Engineering at Georgia Tech, recently described to Digital Trends how his newly developed photosensitive polymer could be used to construct a parachute or glider that dissolves when exposed to sunlight.

So, while its use would obviously be relegated to nighttime operations, the ability to leave no signs of arrival could be key to the success of many covert missions.

Kohl’s previous research focused on the use of such materials for biodegradable packaging applications. The polymer is derived from a chemical called aldehyde, which is mixed with certain plasticizers to provide structure. The end result is a lightweight, flexible material similar to nylon.

However, as soon as the material is exposed to higher temperatures, all of these bonds slowly break down. This structure not only results in a faster disappearing act, but the costs to produce it are also lower.

In instances where users can’t wait for the sun to rise, the reaction could be set off using a small light emitting diode built into the object. Once the decomposition process starts, all that’s left is some residue and a faint smell that dissipates with time.

A working glider prototype has already been constructed, but it’s load capacity currently sits at just one kilogram. Next steps will obviously entail increasing the amount the material can carry, as well improving rigidity, cost, and the time it takes for the material to completely disappear. 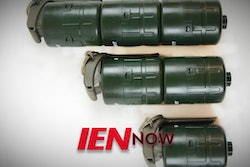 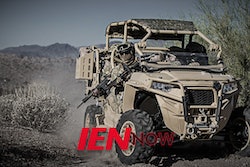