Ford Adds More Vehicles to ‘Do Not Drive’ List

The vehicles are said to be at such immediate risk that Ford is paying to have them towed.

A few weeks back, Ford announced that there were a few thousand Ranger pickups that it determined were so dangerous, that it was urging owners to leave them parked until further notice.

Back in January, Ford revealed some scary developments in an investigation into the July 1st death of a West Virginia man. Steve Mollohan had been driving a Ford Ranger at a relatively low speed when a minor collision caused his airbag to deploy. The subsequent rupture of the inflator in his Takata airbag – the same brand at the center of millions of recalls – caused shrapnel to fly into the cabin, hitting and killing 56-year-old Mollohan.

After Ford was notified of the death, it uncovered the horrifying fact that the inflator had been manufactured on the exact same day as the one that killed another Ford Ranger driver in 2015. It was at this point that they rushed to issue an urgent recall to the owners of 2,900 Rangers that held the Takata inflators built in that particular run – despite the fact that they’d already recalled nearly 400,000 2004-2006 Rangers in 2015. But Ford’s Ranger recall had one of the worse effectiveness ratings possible and only 3.7 percent of the Rangers recalled had been taken in for repair.

Well, this week Ford has issued yet another Ranger recall, this time adding 33,000 trucks to its ‘do not drive’ order. According to Automotive News, the recall has been expanded to a larger production window, no longer exclusive to the production day of the airbags that we know killed two drivers. And this time, it’s not just Rangers, but also includes some Mazda B-series trucks that were built by Ford in the same timeframe. The vehicles are said to be at such immediate risk that Ford is paying to have them towed, and will provide free loaners to their owners.

But will owners get the message? Of the 2,900 Rangers urgently recalled in January, a quarter have been repaired at this point. At the time of the recall, NHTSA said that there were several other automakers with very low completion rates as well and that they were working "to develop and expand the use of the best practices to help the manufacturers achieve their individual repair goals."

More than 60 million vehicles in the United States have been recalled, or are expected to be, due to their Takata airbag inflators. 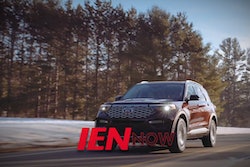 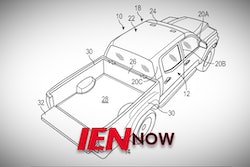