When you’re a publicly traded auto company and your relatively new CEO is deep into a massive turnaround plan, the pressure to nail your financial benchmarks is immense.

So when Ford approached its latest earnings report with its tail between its legs, there were consequences.

Last week, Ford announced its full-year 2018 earnings, and the good news is the company made $7 billion in profit. The bad news? That’s a profit margin of 4.4 percent compared to a margin of 6.1 percent the year prior.

Company CEO Jim Hackett took over Ford in 2017 with the task of improving its profitability. Shortly thereafter, he announced a $3 billion cost-cutting strategy which, we’ve since learned, will include eliminating multiple vehicle models and thousands and jobs. And while these overhauls take time, Ford’s lackluster year-end performance became public at the same time, unfortunately, as competitor GM raised its 2018 estimate and also forecast a higher-than-previously-expected 2019.

So, Hackett is ruffled to say the least and Reuters obtained a copy of an email that he sent to employees following the results, and -- let’s just say -- it’s not the kind of note you want to receive from your boss.

Ford’s CEO called the company’s fiscal “mediocre by any standard” and warned employees against being fooled by the $7 billion sum. While it sounds like a lot, the target was more like $14 billion, meaning the profit margin is about half of what Ford expects.

Not mincing words, Hackett said that it was “time to bury the year in a deep grave, grieve over what might have been and become super focused on meeting, and, in fact, exceeding this year’s plan.” He also said, literally, that he was mad. Mad at himself and mad in general because Ford is “better than this.”

So what happens next? Ford’s board has urged Wall Street to exercise patience with the new CEO’s plan, and --on the latest call with investors -- Hackett more or less called 2018 a rebuilding year. The bright side was that Q4 revenue beat views, so the company has some evidence to suggest the plan is working, though heading into a year that analysts predict will be a slumping one for automotive means they’ve got the decked stacked against them.

Is Ford Killing the Continental? 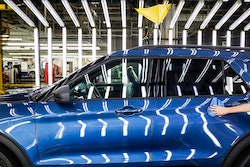 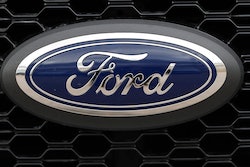